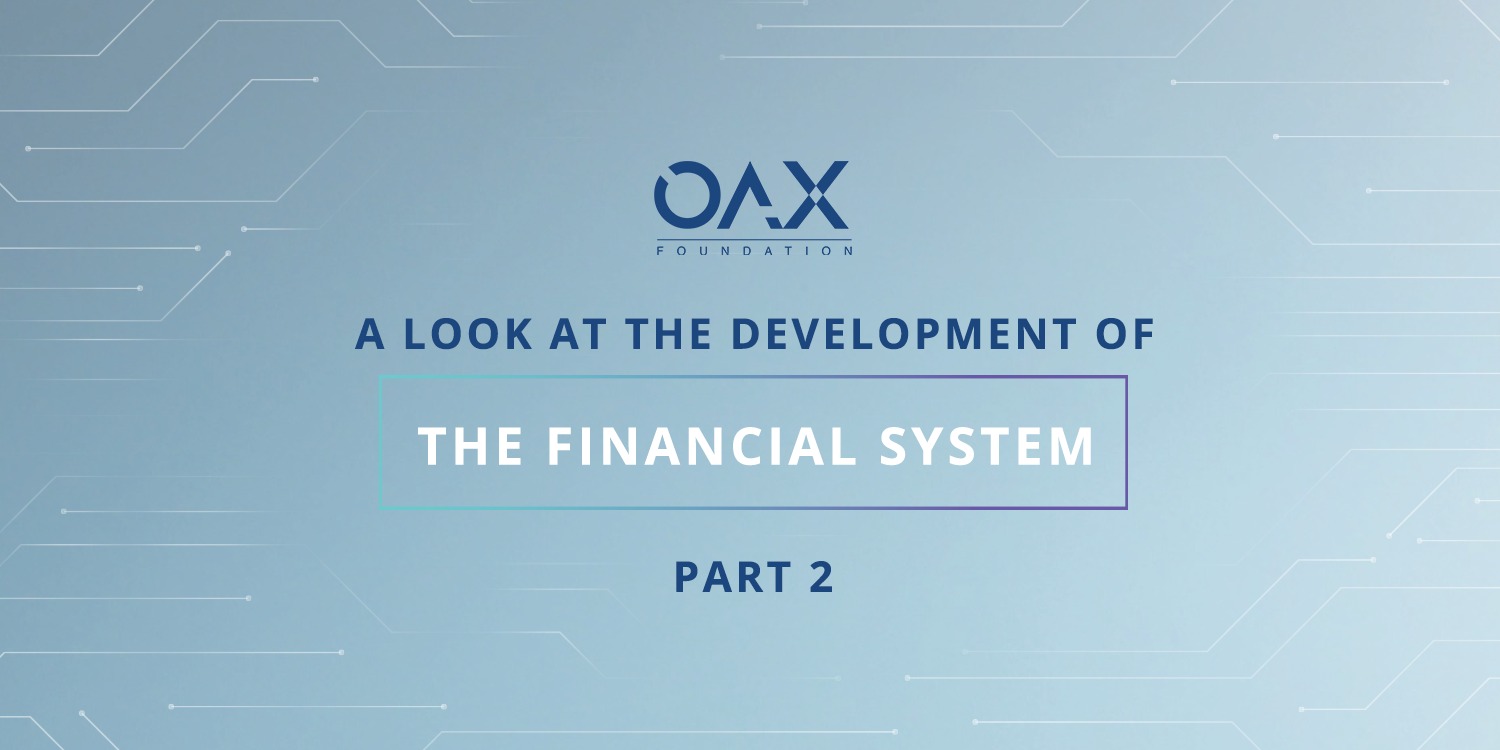 We continue from our article last month delving into the history of the traditional financial system, and how society’s progression and technology advancements over the course of time were required to shape the institution we know it as today. As we trace the advancements within the industry, we consider the implications for the new horizon we see today: digital assets. Will the history books look back to this time and see it as the natural evolution of the financial market or the takeover of a new industry?

One persistent centralizing bottleneck in the traditional landscape was the markets’ dependence on paper to confirm trades and transfer stock ownership. Emerging electronic trading techniques would only be as efficient as the back-office processes supporting them. This rapidly drove the dematerialization of stocks, replacing paper certificates with electronic book-entry systems. London’s CREST system achieved this for the most liquid UK stocks in 1996, with dematerialization programmes continuing in global markets to this day.

Electronification increased the potential for automation, giving trading houses increased opportunities to create more complex, data-driven trading strategies. But while the equities markets lent themselves to rapid commodification, onerous regulations have prolonged telephonic execution of bonds, while product complexity ensured the survival of open-outcry options trading well into the 21st century. The demonstration of how electronification has removed such bottlenecks is a less than subtle highlight of the potential that a platform done solely through electronic means can offer the industry. 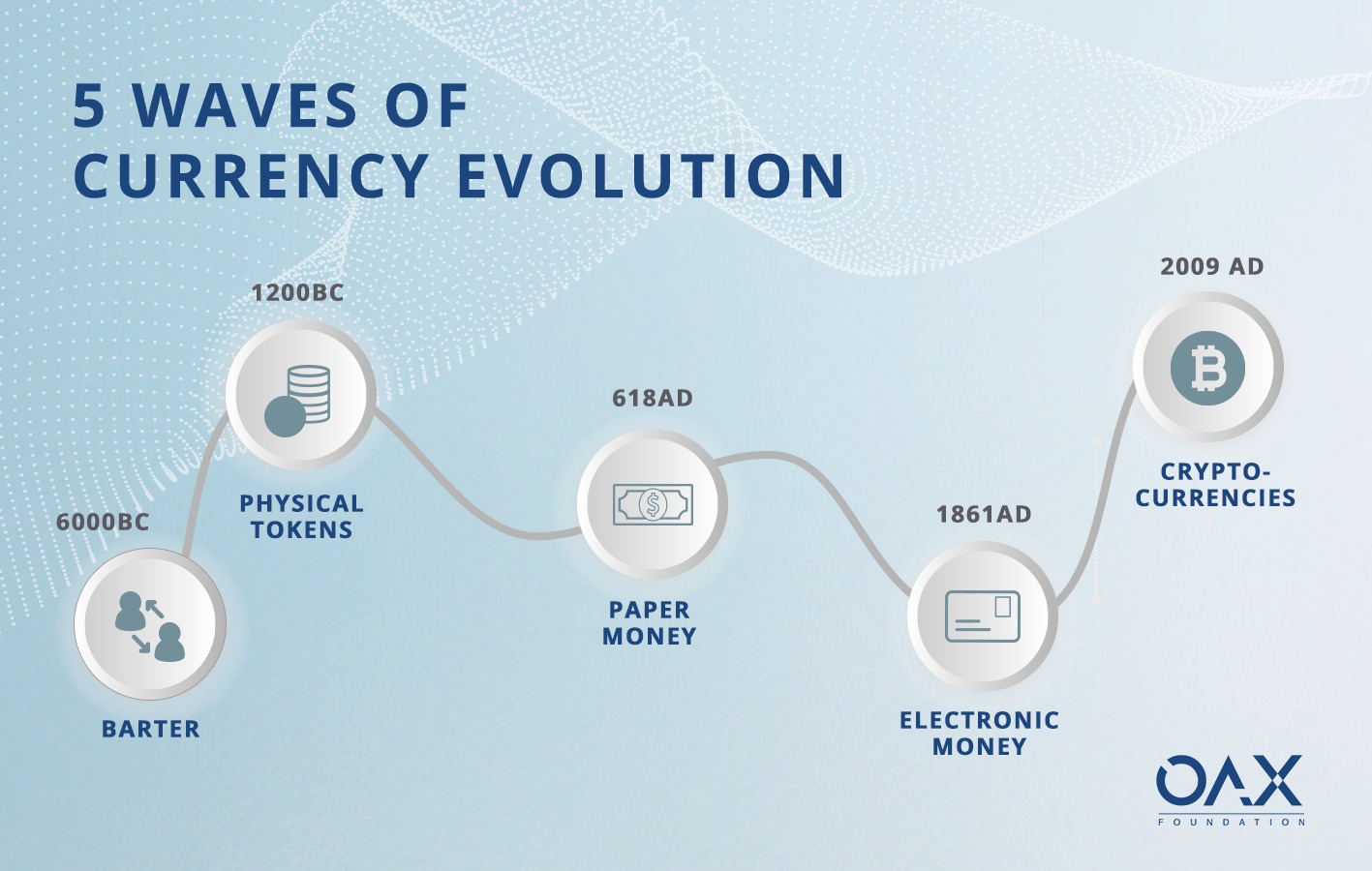 While the internet had been in existence in its early form as ARPANET since the 1960s, it was the advent of the more user-friendly World Wide Web in 1989 that triggered its wide adoption, and with exponential uptake throughout the 90s. For the first time, ordinary people could access price data and news, and new execution-only platforms which gave an alternative to expensive brokerage accounts and encouraged the phenomenon of the day trader – another step toward globally decentralized markets.

With the internet also came the opportunity for global co-operation between individual innovators, new distributed forms of resilience, and alternatives to governmental and corporate structures. For those looking to free financial transactions from onerous oversight, conditions were primed for further innovation and the pace of change duly moved up another gear when Satoshi Nakamoto published his whitepaper describing a new peer-to-peer digital currency in 2008: Bitcoin.

The jump from the initial introduction of Bitcoin to the DeFi projects of today demonstrate the accelerated timeline we now exist on. Supported by its own network of decentralized ledgers, Bitcoin unleashed a new paradigm for the digitalized exchange of assets, with potential for greater security, traceability and trustlessness. Developers and investors were quick to see the opportunity – and expansion exploded, with numerous coins, tokens and platforms emerging based on new ideas for applications of the technology.

Freed from relying on centralized facilities to match issuers and investors, blockchain technology offers huge potential for deploying investment capital even more efficiently and guaranteeing ownership in secure ledgers. Modelled on the traditional Initial Public Offering (IPO) of company shares to raise capital by issuing shares for public trading, the earliest Initial Coin Offering (ICO) in July 2013 enabled start-up cryptocurrencies and related technological innovations to find funding and create a community of stakeholders dedicated to developing the technology and sharing in its success.

But over the course of the last decade, we’ve seen the digital asset space propel through the digital stratosphere, from an idea that was considered hype to an industry worth over $1 trillion. 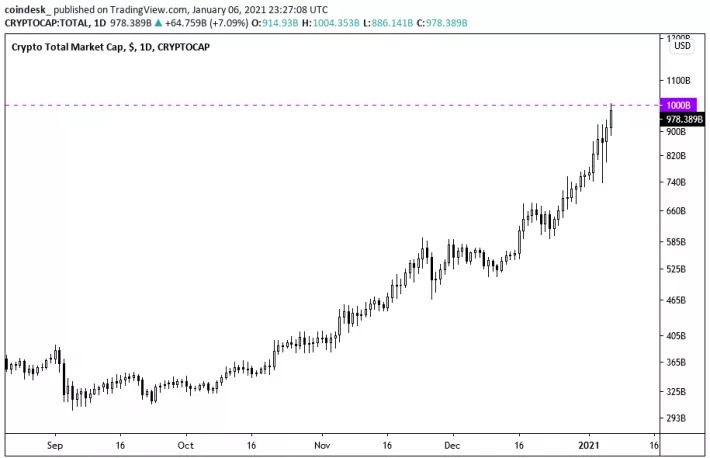 Of course centralized market functions still remain, from derivatives clearing houses to securities registries, not to mention regulators. With cryptoassets actively traded on-chain, the new is working in a symbiotic relationship with the old – a balancing act which enables market participants to get their business done while change continues across the larger landscape.

It’s taken 2,000 years for financial markets to evolve to their current form, with watershed technological advances powering their growth, increased sophistication and accelerating decentralization. Blockchain represents such an inflexion point – a milestone future historians will note as propelling the next era in financial innovation. And as we move through these early stages we remain mindful of the pendulum like relationship between the centralized nature of regulation and decentralized nature of technology that will revolutionize the financial landscape in the years to come.