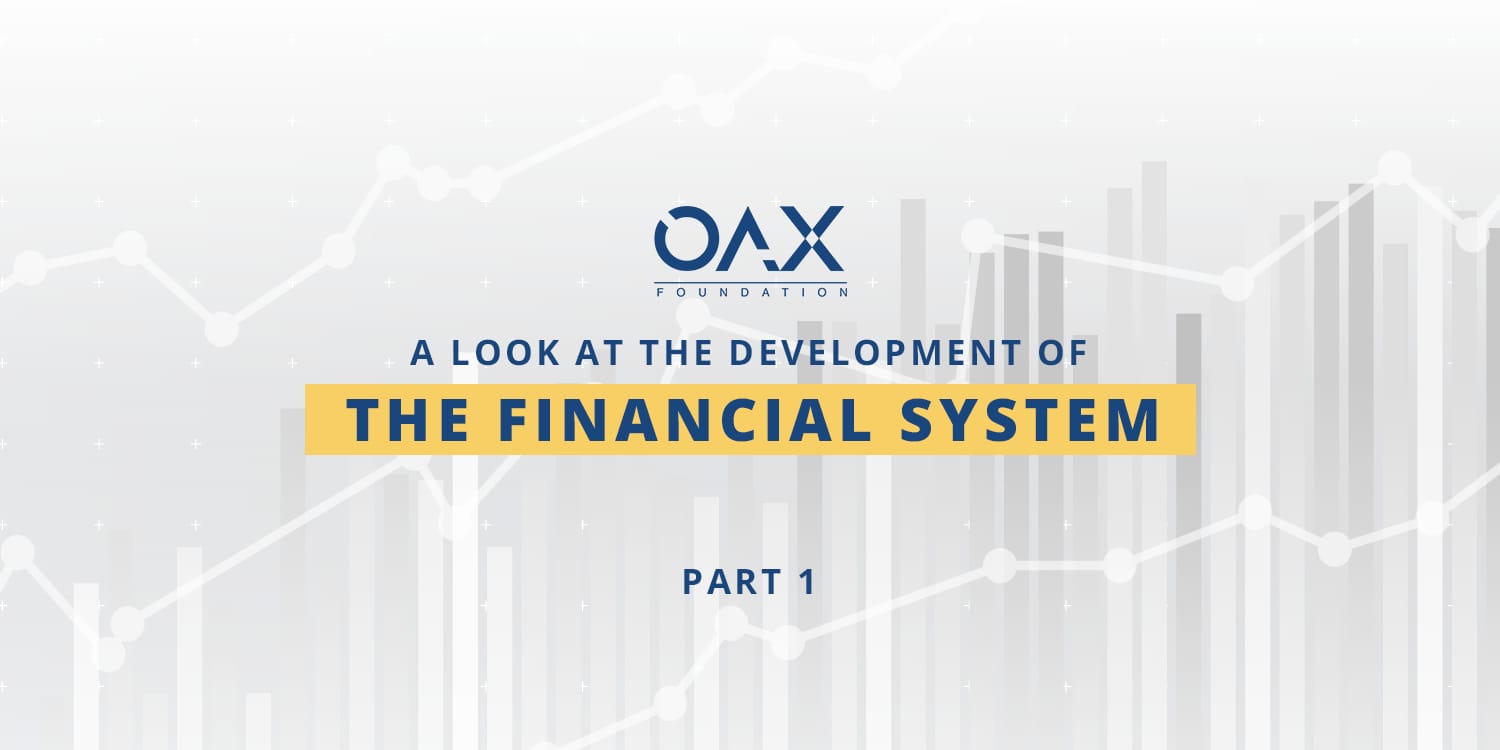 In the distant past, various forces drove markets to centralize: the need for people to transact goods face-to-face via auction or ‘open outcry’, receive payment and make physical delivery, and the need to guard against fraud or non-delivery through a system of rules and enforcement. Part of this early regulation included the requirement to ensure fairness by displaying prices to participants so that buyers and sellers got fair value – and the beneficial by-product of this process was liquidity, or the ability to buy or sell in bulk and realize economies of scale. 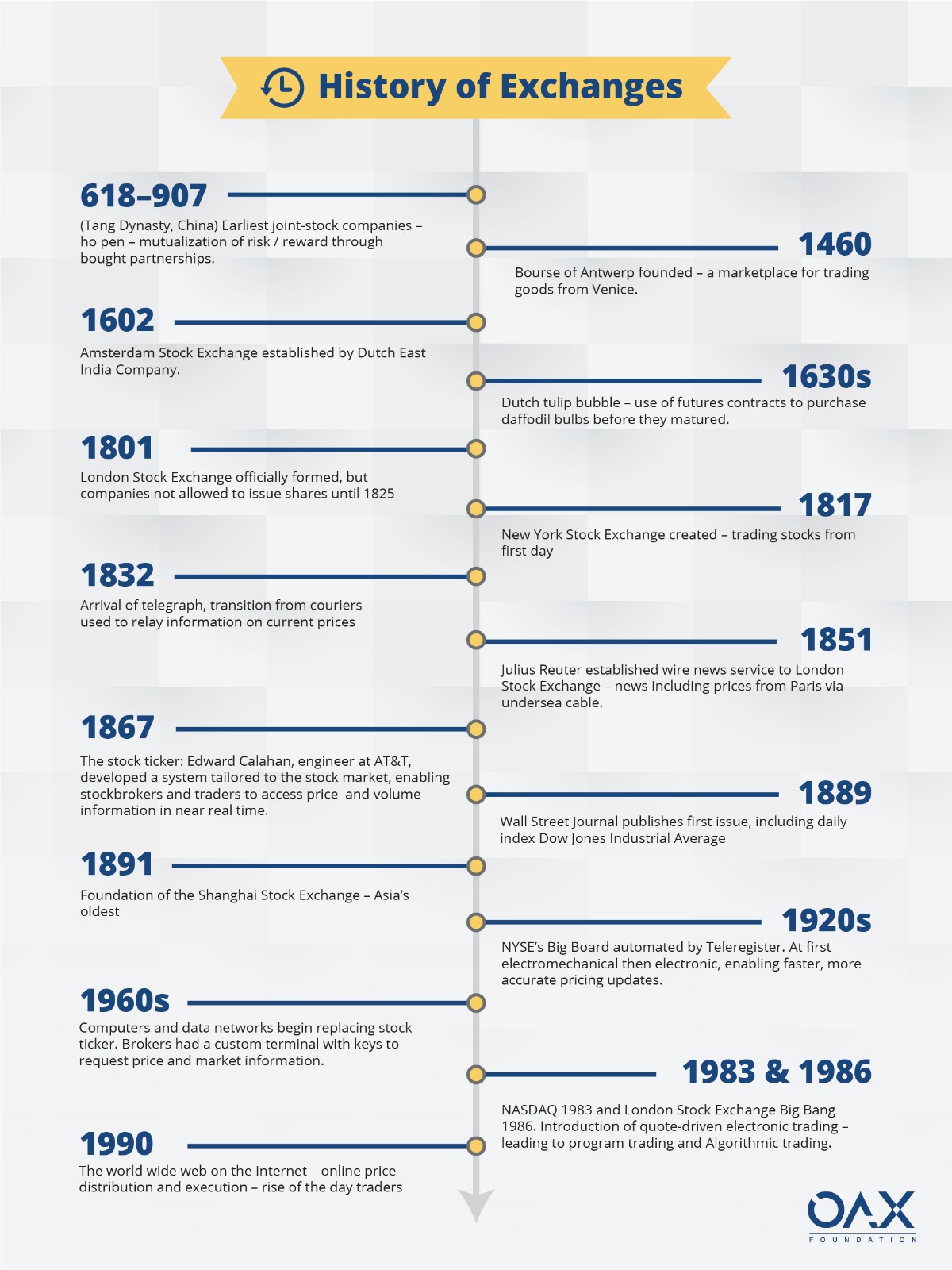 Although the first primary markets consisting of joint-stock companies or ho pen, where investors bought partnerships to mutualize risk in exchange for a share of the rewards, date back to China’s Tang Dynasty (618-907), commodity trading created the first centralized exchanges as we know them. These sprang up wherever commodities were produced or in demand. In the west, the world’s first financial exchange, the Bourse of Antwerp, was founded in 1460 for trading precious goods and currencies moving west from the Silk Road. It was the template that served for the many years that followed, .

Traders on early commodities exchanges developed increasingly sophisticated instruments to help set prices and manage risk. As physical trading locations became mandated to impose a fair price, it required brokers to gather and transact face-to-face, pooling their liquidity and creating greater transparency. During the 17th Century, participants in the Netherlands’ burgeoning market for tulip bulbs gathered in taverns where news was customarily exchanged and created simple futures contracts to set the price of bulbs while they were still in the ground. The bursting of the tulip ‘bubble’ in 1637 showed the need for regulations to record ownership and enforce delivery.

During this long era of evolutionary change, centralization was a powerful force that enabled greater liquidity, efficiency and security in the both the primary and trading, or secondary markets. But it was the invention of telegraphic communications in the 19th Century that massively grew the markets’ reach, liquidity and the value of assets traded on them. For the first 1,000 years of exchange history, transactions were restricted by face-to-face engagement.

When Julius Reuter established wire news service to London Stock Exchange in 1851 to transmit news and prices from Paris via undersea cable, physical locality no longer limited access to information, markets and data. Soon afterwards, Edward A. Calahan invented the stock price tickertape which was adopted in New York City in 1867. Printing at one character per second, the devices updated prices virtually as they changed, driving a rise in intra-day trading from remote locations.

At the same time, the benefits of centralized regulation and oversight were also enhanced through the availability of richer data. When the NYSE’s Big Board was automated in the 1920s, this trend toward greater speed and accuracy took another leap forward, with corresponding leap in secondary-market liquidity.

With the birth of electronic computing and computer networks in the late 1960s, new forms of trading appeared, from the first ECN, Instinet in 1969 to the world’s first fully electronic exchange, NASDAQ, in 1971. The impact didn’t take long to be felt – when the London Stock Exchange introduced its own version of quote-driven secondary-market trading with ‘Big Bang’ in 1986, it took just weeks for its trading floor to empty as open-outcry trading gave way to terminals and telephones.

With the increase of speed and liquidity came a need for greater regulatory oversight in line with the greater potential vulnerability to disruption. Professor Syren Johnstone covers the evolution of market regulation and the implications for the crypto markets here.

At OAX we’re conscious that we’re creating a new platform within an ecosystem of markets and technology providers. We’re innovators tapping into a long history of innovation; financial markets that had retained the basic face-to-face format for centuries, growing in sophistication, liquidity and value as economies grew and thrived. It has taken real technological innovation to accelerate change – in Part 2 we’ll trace how internet and blockchain technologies have driven further growth, sophistication and decentralization – and how blockchain continues to revolutionize trading and the related functions of asset exchanges.