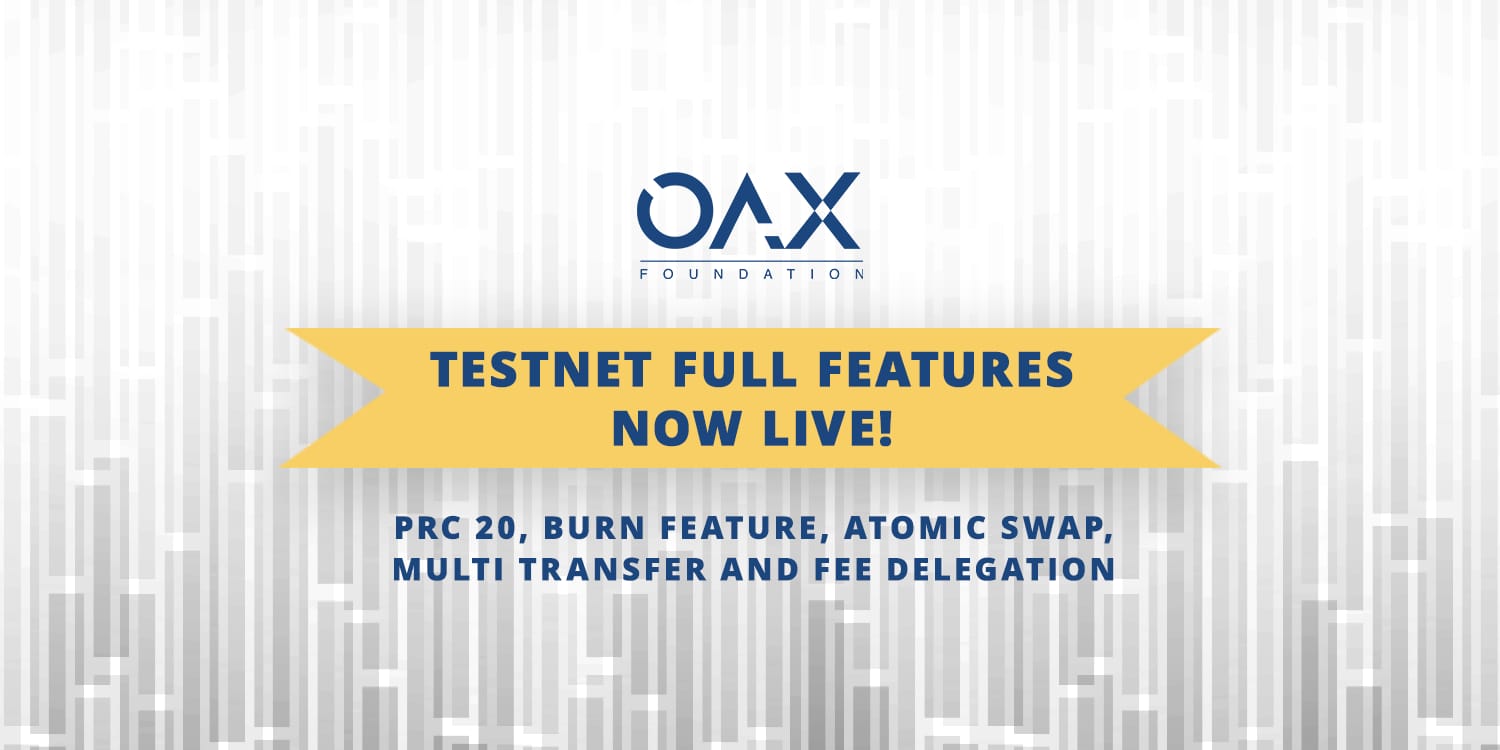 Update: As of November 5, 2020, OAX Testnet has been updated to include Fee Delegation. Users can now go and test all our features here!

Update: As of October 27, 2020, OAX Testnet has been updated to include MultiTransfer.

Update: As of October 9, 2020, OAX Testnet has been updated to include Atomic Swap.

Having released our open source code last month, OAX is now releasing the first testnet for our parachain with the key features: PRC20 Token Standard and Burn. As the demos videos we’ve been releasing over the course of the last two months have demonstrated, users will gradually be able to try out the five features for themselves on the Testnet, with runtime updates for additional features in the future .

For those that are interested in trying the first two features on the testnet, simple instructions to get up and running can be found on our Github page. Setting up only requires a simple configuration to which users can try out our Testnet here. Our testnet faucet that was mentioned in previous posts to retrieve tokens can be found in our Telegram group!