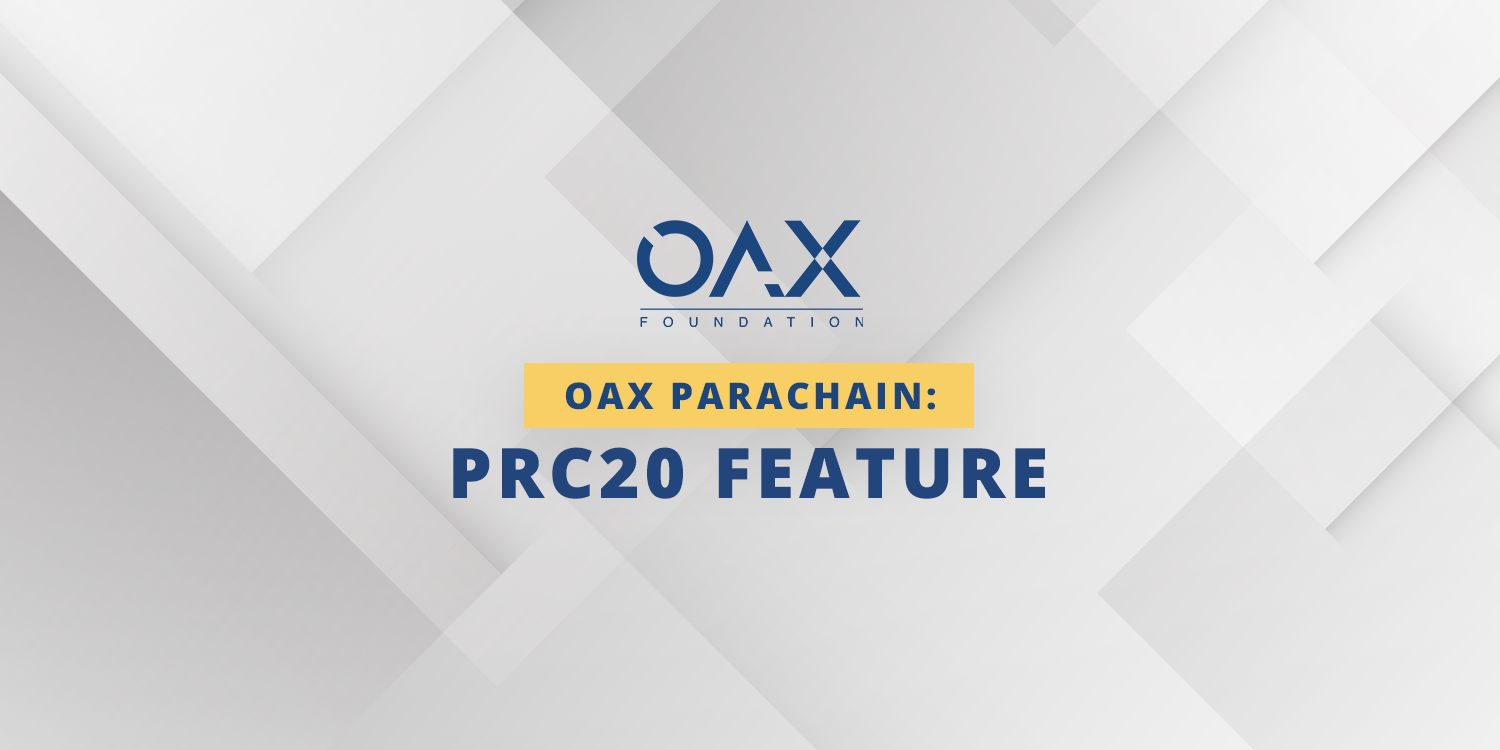 A Look at the OAX Parachain: PRC20 Tokens

We’ve reiterated time and time again that the industry moves quickly, but different teams are working concurrently within the same space, trying to identify features and usability that may overlap with what others are doing as well.

When we began brainstorming for our OAX Parachain, we knew quite early on that we needed to have the atomic swap feature. But what is a swap if we don’t have a token—what would we be trading with? We simplified the ERC20 specifications and adapted it to create PRC20 which would serve as our base.

After nearing completion, we learned that substrate was also working on their own implementation of this feature. But the more the merrier! The key to development during these times is flexibility, and we can adapt to different implementations.

The possibilities of granting access and in future being able to use these tokens in swaps leads us to the potential of more exciting features. Watch this space!