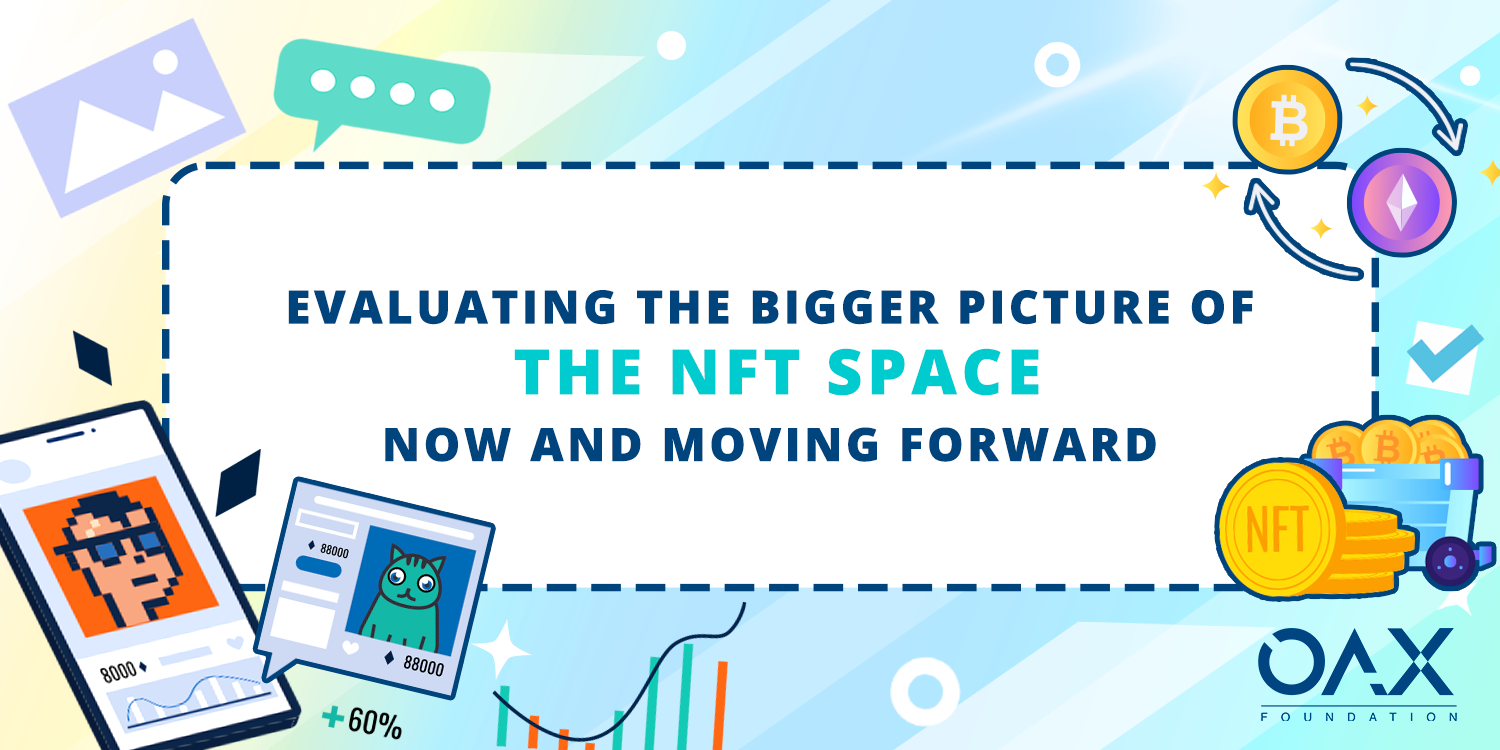 It’s been awhile since we sat down to write about what is going on with the NFT market. While headlines on either end of the spectrum have popped up on our radar, it’s been necessary to sit back and look at the bigger picture. Not only are we seeing a range of stories regarding trade volume on different platforms, but the most significant progress being made to the space is likely the legal discussion that is taking place regarding intellectual property rights and commercial rights.

In essence, depending on whether you’re the artist, the buyer of an NFT, a company who is trying to step into the NFT space– each party will have different expectations as to what rights the smart contract grants. The intellectual property and commercial rights conversation is probably one of the most important aspects of the market that needs to be addressed, and by far, greater awareness for the complexities of this space are essential, especially for those spending a significant sum.

The question remains: how is the NFT space truly going, and are things still developing in the right direction? It’s certainly been an interesting time to say the least - with polarizing headlines depending on your news source. Clickbait headlines? Perhaps. But it can’t be argued that volume for the NFT market has taken a hit during this crypto winter. Just take OpenSea volume for example, which dropped 99% from its peak at the end of August. The numbers don’t just show doom and gloom though, with a much more promising story on the Solana NFT front as their activity began reapproaching all-time highs in the beginning of September. 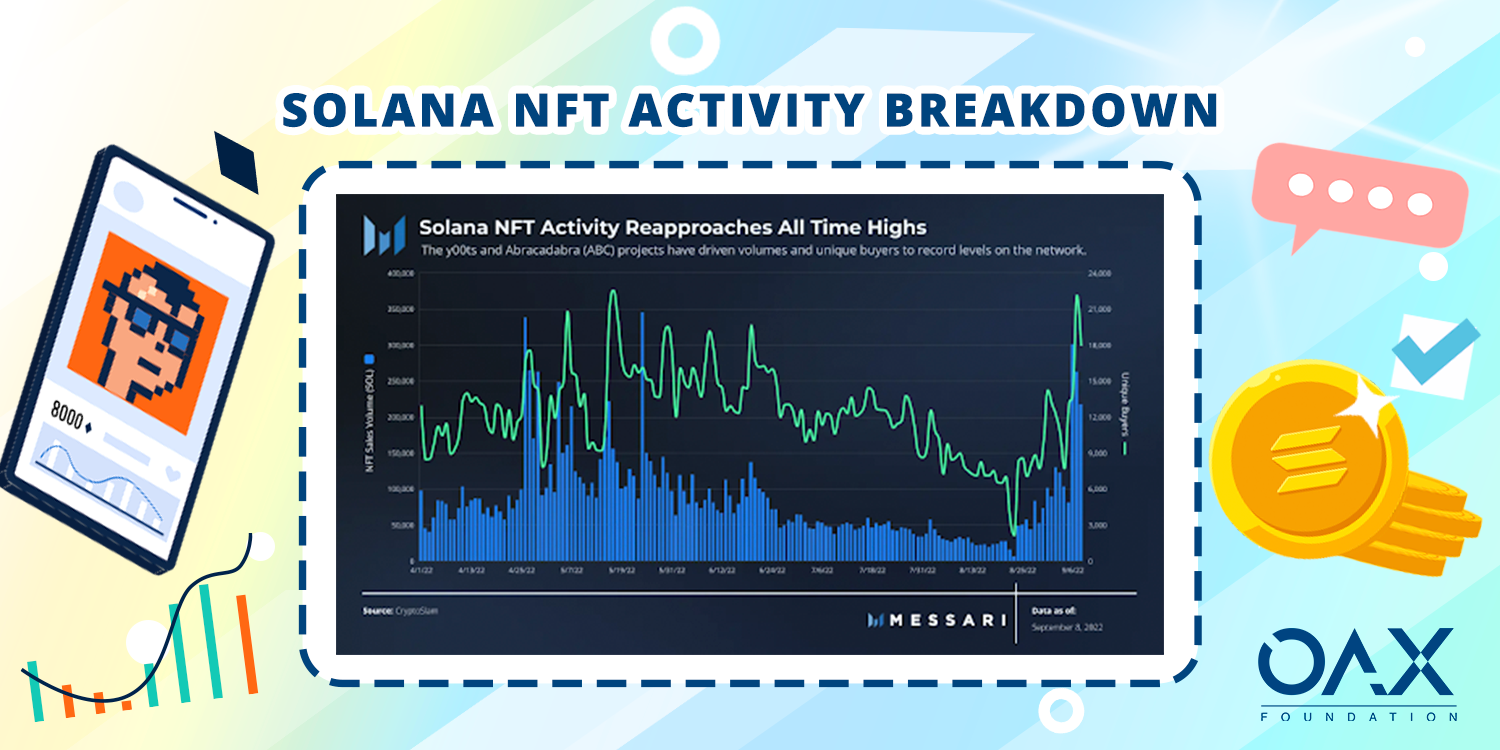 Is it just simply because they’re different chains? While average NFT trade sales have continued to drop from all-time highs, many investors of prominent NFT projects have been HODLing their assets despite negative sentiments. It may be that some of these HODLers are waiting for prices to go back up and are unwilling to sell at a loss, but there lies a much more promising possibility: they’re holding the NFT in hopes that they will deliver on real-case utility.

Sports leagues continued to heavily invest in the NFT space, particularly with Sorare, a NFT-based game developer that has been working with the likes of Major League Baseball (MLB), Bundesliga, La Liga, and most recently the NBA.

Starbucks has also just announced a new “experience” for their US-based coffee drinkers. Integrating their loyalty program with the ability to earn and buy NFTs that will allow them to access new “coffee experiences”. Whether it be the likes of sports brands like adidas or Nike, luxury brands like Prada, Burberry, Gucci to consumer tech brands like LG, Samsung, Facebook and Instagram; these bigger brands all have been jumping on the NFT bandwagon.

As more mainstream brands bring their reach and perhaps more importantly, their resources, to the NFT game, the more opportunity there will be for the industry to establish a common standard.

Realistically, most people purchasing NFTs would not have taken the time to carefully study the smart contract. General Terms and Conditions are often overlooked, especially when encompassed with another layer of technicality. How many initial buyers of CryptoPunks were aware that they didn’t actually own any commercial rights to their NFT? Community commercial rights weren’t “granted” until Yuga Labs acquired the IP from Larva Labs. Had it not been for that, subsequent projects like the Tiffany custom pendants based on CryptoPunks might not have been possible. While owners of CryptoPunks now own their NFT commercial rights, it doesn’t mean that other NFT smart contracts have been designed in that way. Buyers of most NFTs in the market should understand that by simply purchasing an NFT, it does not equate to owning the rights of the image.

As interest by brands continues to grow, resulting in more legal and tech resources and more investors understanding industry practices, discussions regarding underlying intellectual property will become essential for its success. Andreessen Horowitz’s a16z crypto arm recently announced its attempt to address the questions on how to integrate real-life legal scenarios with the NFTs that are created; establishing industry standard contracts that can be used. But standards of how the contracts should be written, how it integrates with the smart contract, and how we can educate buyers so they understand the terms and conditions they’re buying into, all need to be streamlined for the NFT space to genuinely have its place in the real-world.