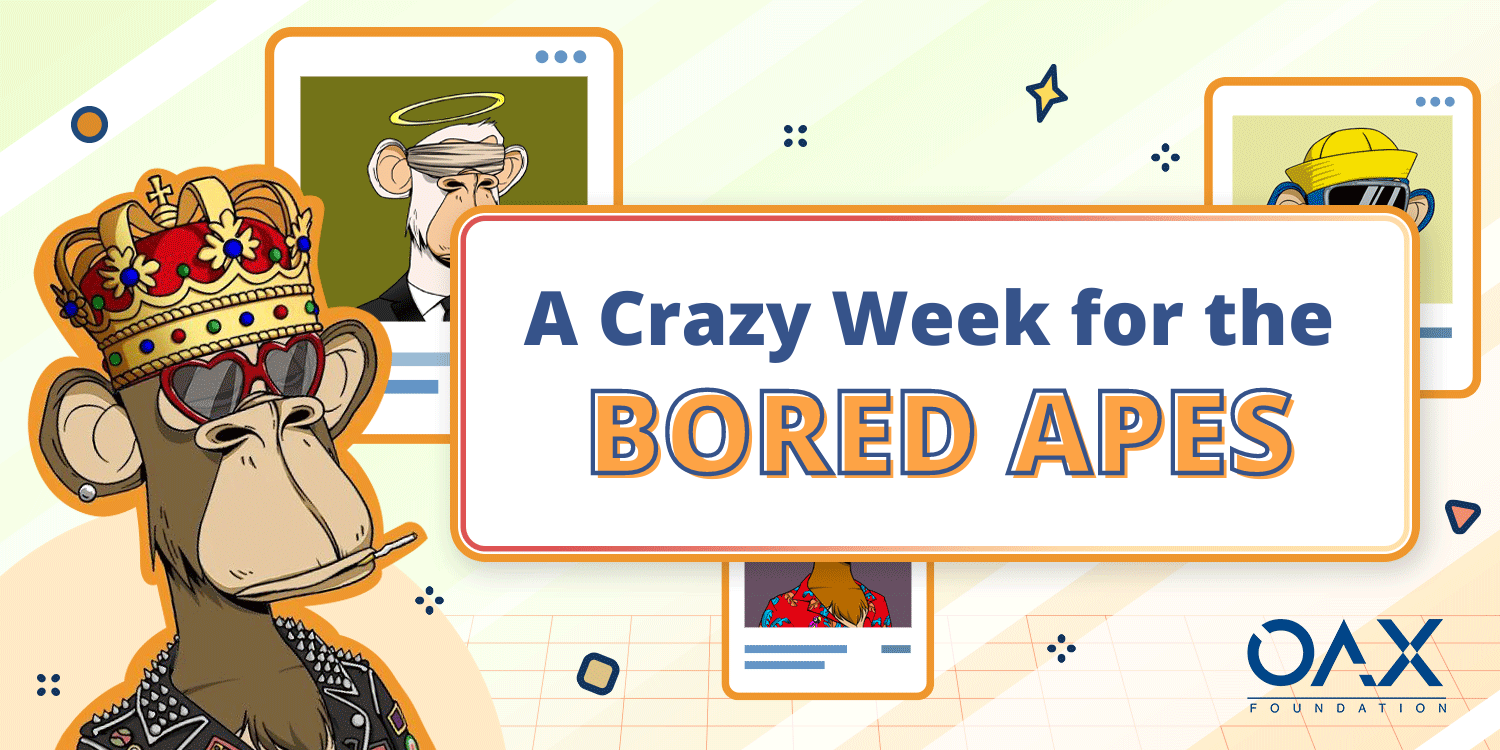 An Week In Summary: Massive Ups and Downs for the Bored Apes

It’s been a massive week for Bored Ape Yacht Club and their members.

Just as we spent our last post highlighting the risks that come with NFTs from various market factors such as licensing, we’re reminded of very fundamental risks that exist in the market waiting to take advantage of any weakness or loophole in security.

As they approached their one-year anniversary, Bored Ape Yacht Club was having a huge moment. Announcements of partnerships with various brands such as whisky distiller Monkey shoulder and adidas popped up over the last month. More and more celebrities were joining the bandwagon; and just as they made their announcement that their BAYC metaverse “Otherside” was set to drop at the end of the week (resulting in 40% weekly gains for their APE token), they were hit with massive news overnight.

With a hacker taking control of the BAYC Instagram account, a fraudulent link was sent out to followers that linked to a copycat website promoting a fake airdrop, whereby hackers then gained access to victim’s wallets and proceeded to transfer their NFT assets to another wallet. While Bored Apes NFTs were not the only ones to be taken, the news has centered around BAYC community.

When we consider the overall value of the BAYC NFTs in the market right now, the hack was relatively contained. However the greater issue at hand lies in what is trustworthy. In an industry that centers around a strong online presence, and we rely on the official social media platforms as a reliable source, what happens when these accounts are compromised?

Ironically, while such news is being shared on a recent twitter post, it also does serve to remember that in fact their BAYC Discord had been hacked earlier this month as well.

Unfortunately these security weaknesses will have to be addressed as the industry matures, but more than any quick fix, users must maintain extreme caution and DYOR for opportunities. Users should always consider what transfer access can potentially mean, and proceed with caution whenever wallet keys are requested.

As security considerations should, and hopefully will, become front and center, we can also expect to see more and more protective precautions taken by NFT holders. Just this week, a Hong Kong insurer OneDegree also announced that their coverage would be extended to include NFTs. How liquidity, price manipulation and claims will look like for insurance companies as this market continues to mature– we can expect much to happen in the months to come.