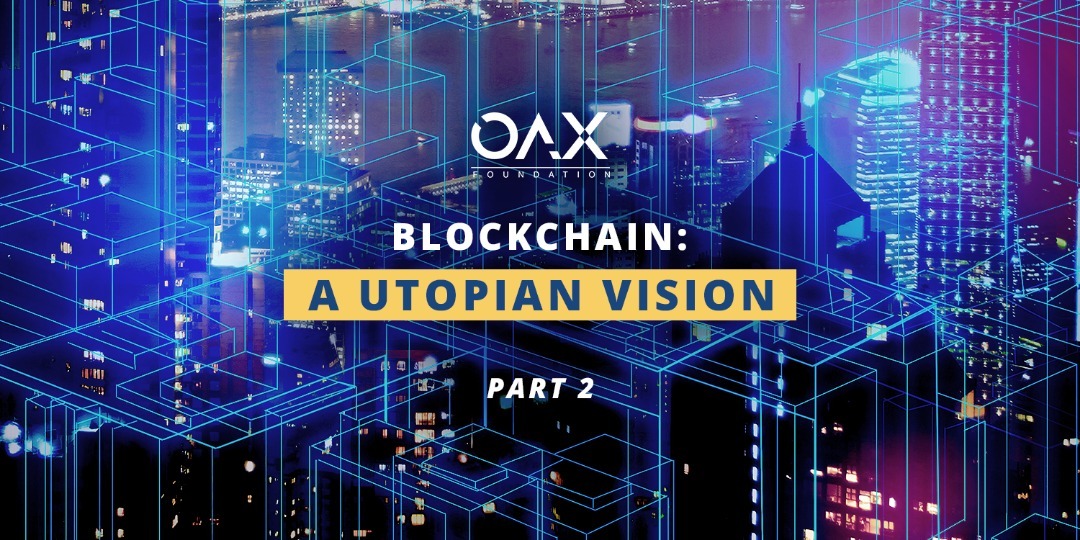 Part 2: What needs to happen

The early enthusiasm for blockchain and the virtual assets it supports, while still absolutely felt by a large and active community, has also given way to disappointment and cynicism in some quarters. At this point in blockchain’s short history, it can be discouraging that the high-flown speculations about its possibilities have not yet materialized. And we’re not going to pretend we’re there yet – blockchain and virtual assets do indeed face some very real challenges. These range from the need to address regulatory concerns, problems with the technological advancement all the way through to more conceptual issues such as identifying the best place the technology should be deployed. These still need to be overcome before we know if the futurists’ utopian visions will fly.

The most obvious of these concerns are speed and scalability. For example, the Bitcoin blockchain is slow by design as the network manipulates the difficulty in mining blocks to maintain the desired average of ten minutes per block. The Bitcoin blockchain also doesn’t scale well due to its 1Mb block size which limits the number of transactions the network can support in each block.

Developers are pursuing different ideas to solve the scalability challenge: such as creating numerous sub-chains which can independently process transactions as a way of increasing processing capability. This was also at the very heart of OAX’s direction when developing the recently launched Layer 2 Protocol (L2X).

Others are looking at replacing the current approach to achieving consensus used by most blockchains. The use of “proof of work consensus” continues to involve a requirement to consume enormous amounts of power to validate transactions, which is cost-prohibitive and has been criticised for its impact on the environment. Changing the requirement by blockchains to use the costly proof of work consensus model with its heavy reliance on power consumption to function could enable the possibility for greater scalability at a lower cost.

Another hurdle is usability: many early iterations of blockchain-based applications were produced by programmers and developers and so require a high level of know-how to operate. Like the internet before HTML and the development of the modern browser, using these platforms is not for the layperson – there is no user-friendly user interface to enable simple point-and-click or drag-and-drop operations and the current requirement to interact in the space with the use of a series of 40-digit alpha numeric codes does not engender it to mass adoption. This keeps blockchain within the specialist groups that know it well and understand how to make it carry out its functions. Those who fear that it’s too technical for them will wait until later generations emerge that are easier to understand and operate.

The answer is you

But perhaps the greatest obstacle in the way of greater blockchain uptake is us – the people who will use it. As with any new technology, success will depend on how users perceive it, adopt it, and interact with it. History is littered with great ideas which went nowhere because they failed to inspire confidence in their users. While the futurists have laid out the broad strokes of what’s possible, including the impact on our daily lives, it’s not yet clear to what degree this technology will require people to adapt to it.

In a trustless world, where it’s no longer necessary to place your trust in, say, a bank, the individual takes responsibility for their funds, their cryptographic keys, and their decisions with regard to their assets. If centralized models demand that we trust them, decentralized ones enable us to trust ourselves: responsibility comes back to the individual. This means our behavior with respect to blockchain technology and the world it facilitates will change – a social revolution as well as a technical one. Our relationship with technology transforms when the actions it enables us to take are transformed. Blockchain gives us information with a greater weight of confidence in its veracity and we can make better decisions based on this quality of data – but the decisions are ours.

This means we’re going to need to get comfortable with a greater degree of control over our assets and what we can do with them. Currently, if a customer loses their bank card, they are able to instruct the bank to disable and replace it, safe in the knowledge that their account is secure. With blockchain technology in its current form, the onus is on the user to keep their key secure: should it ever be lost, there is no centralized authority to replace it. The user is autonomous, empowered and responsible. Similarly, because many transactions will be automated through smart contracts, we will need to become more familiar with how these work ahead of committing ourselves and our assets to them.

This cultural change is not going to happen quickly. For any system as complex and fundamental as the blockchain to reach its potential, it needs to evolve over time, with new ideas being tested, rejected or adopted. New ways of working together mean partnerships and ecosystems are emerging to create the environment where problems are shared and solved. It’s an iterative process, and along the way the slow process of acceptance will also take place.

At OAX Foundation, we’re engaged in creating scalable, secure, trustless technologies for trading virtual assets – a critical component of future markets, economies and societies. We’re part of the huge ecosystem engaged in building this blockchain-enabled future. It’s too early to label blockchain a failure – we’re still working on it. And while that’s happening, rather than focusing on how the technology will change our world, let’s think about how we need to change to respond to this technology’s potential.