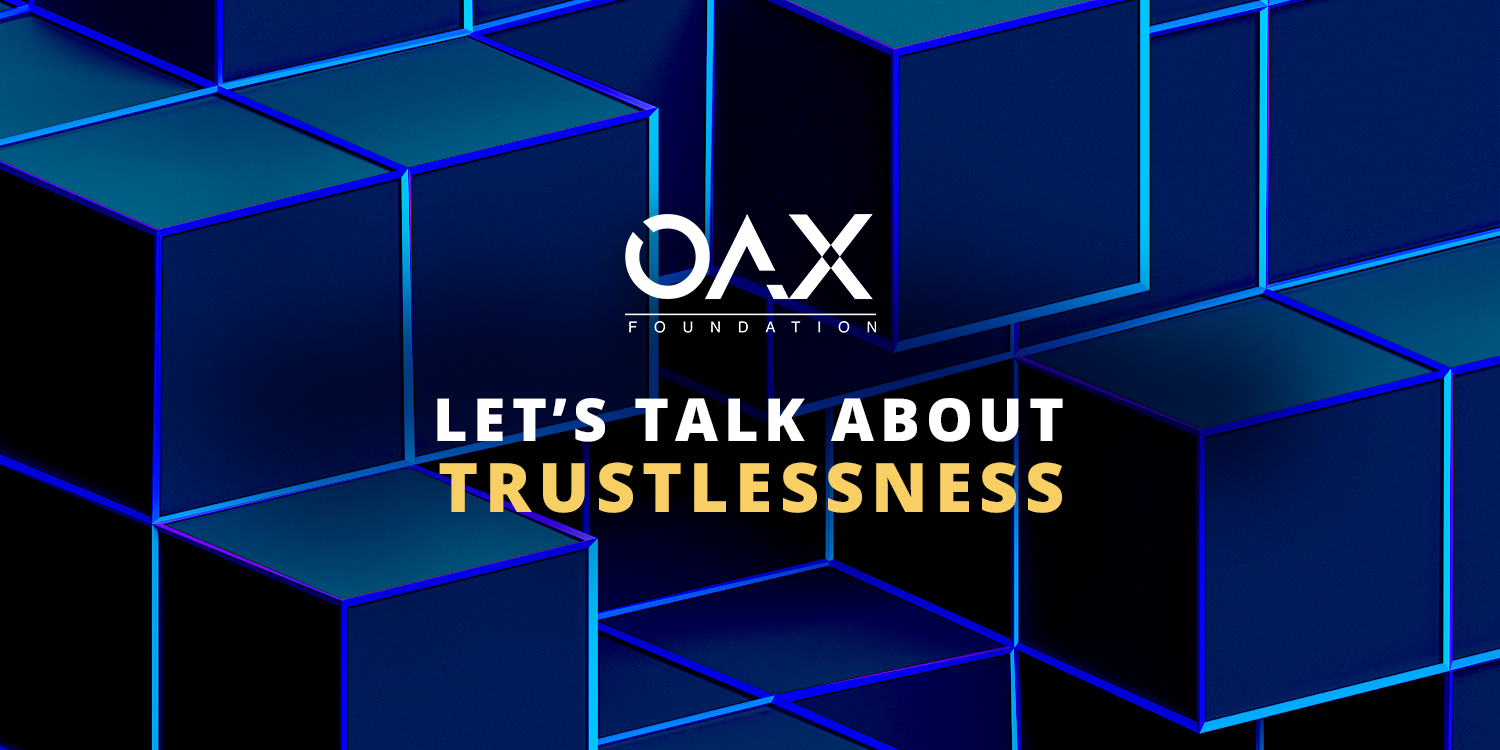 To talk about the advantages of trustlessness in cryptoasset trading, it’s worth first having a look at trust – particularly its role in the financial system. Trust is surely a good thing: it’s received wisdom that it’s fundamental to good relationships – we need it to ensure that interactions between parties can take place and society can prosper. So when major governments discarded the gold standard in the 20th century, their money became a fiat currency – and we trusted the Government to honor its paper money.

In a similar way, exchanges and banks rely on trust to manage their clients’ business. Clients and market participants depend on these institutions to provide a true accounting of their balances, trusting the information they receive. Building and maintaining trust keeps markets and economies afloat, and a key purpose of regulation has always been to ensure that bad actors don’t undermine trust in the key institutions of finance and trade.

When horror writer Stephen King wrote, “The trust of the innocent is the liar’s most useful tool,” he pointed to the possibility that blind trust – or trust in the wrong people or system – can actually make you vulnerable. A bad actor with the intent to do wrong can exploit the trusting: Bernie Madoff was highly skilled at securing the trust of the investors he fleeced. Entire asset classes can lose the confidence of investors if mis-selling is proven to have happened and in recent times, companies that have suffered client data breaches have struggled to regain customers’ trust.

But the introduction of blockchain drives us to reconsider the notion of trust. By removing the vulnerability of having a single point of failure, and knowing the checks and balances are being done from multiple points, the consensus mechanism has lessened the degree of trust we need to place on others.

The decentralized nature of blockchain is the area OAX has sought to hone. The recently launched L2X protocol harnesses many of these traits: when trading, a user’s transactions are cryptographically signed using their private key, and for each transaction they receive a receipt that the blockchain recognizes with the client’s updated balance on it. When the client signs in, all the information to verify their balance is automated, providing confidence that no-one has cheated them by modifying previous transactions.

In case of a dispute

In the scenario that a trader does note a discrepancy, the mediator smart contract serves the role as a judge, and will facilitate the dispute resolution between the trader and exchange. Proof of balance will be checked against client’s receipts, validating each receipt is correct, having been signed properly with the user’s private key.

If the smart contract makes a decision on a dispute, and the user is wrong, then it closes the dispute and business continues uninterrupted. However, in the unlikely case that the exchange operator was found to be at fault, the L2X protocol would shut down completely, preventing any further operations on the exchange. Further trades are halted, as they may also be based on incorrect information. Simply put, the smart contract would not allow the operator to cheat.

If the exchange is ever halted in this way, all users’ accounts are rolled back to a point where all balances can be verified. Based on these balances, all the money within the exchange becomes available for all the users to withdraw. There’s no custody – the funds are locked in the smart contract that the user still controls. Because this process and the balances it produces are based on automatically verifiable information, traders don’t have to trust their exchange.

While some decentralized exchange models require the operator to lock in collateral as a way of ensuring trust, with L2X, the operator doesn’t have to put down collateral to provide restitution if there’s a dispute proven against it. Rather than penalizing the operator by seizing its collateral, L2X shuts down the business completely if the exchange is not managed properly. While there’s a lower capital requirement, L2X is asking for a higher operational standard, effectively requiring the whole business as collateral.

Once again, despite the higher operational standard for operators, traders are not asked to trust the exchange. They have no need to hand over a proportion of their assets to the exchange as margin to facilitate ongoing trading activity and provide a default fund – they retain control of all of their coins or tokens for trading. By eliminating the creation of a honeypot, we remove a key vulnerability that hackers of exchanges have attacked in the past.

As cryptoasset markets develop, the ability to eliminate the need for trust in the exchange opens up the possibility of a trustless environment. Trust is no longer a necessity to the functioning of the market, but results from the ability to automatically verify balances, resolve disputes and create user-validated balances. Yes, trust is a good thing, but in future we may not need it so much.