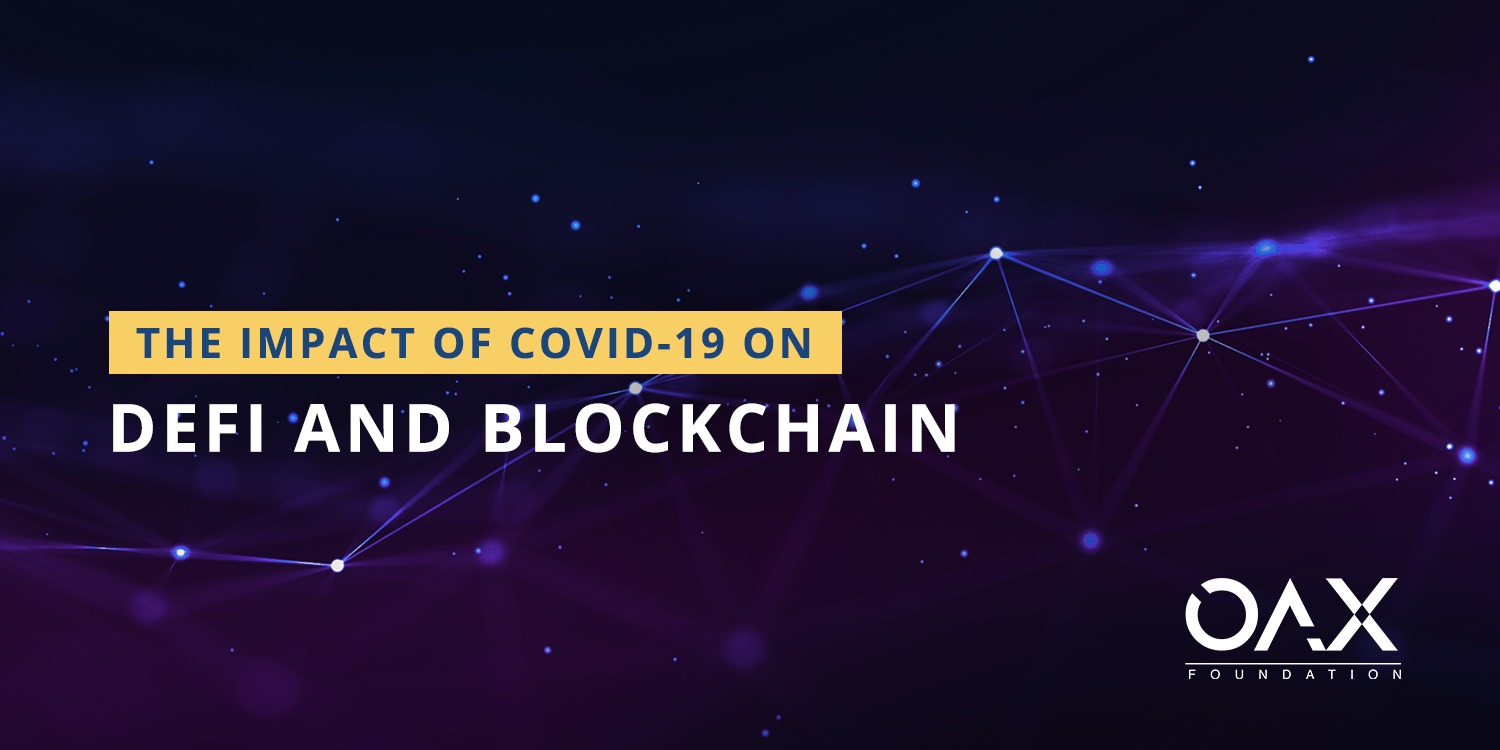 COVID-19 volatility – a baptism of fire for DeFi

The market volatility that followed the onset of COVID-19 in March provided an unscheduled test of DeFi. Given that the roots of blockchain technology lie in the chaos following the Global Financial Crisis of 2008, such a test is valuable in gauging whether the new technology lives up to its hype, offering an improvement over existing traditional financial markets.

But as ever, the answer isn’t simple. Markets are complex, behaviours often irrational, and consequences often therefore unforeseen. Focusing on some of the trends that emerged during mid-March reveals useful insights into how markets and participants reacted during a time of extreme stress. Looking ahead to a post-COVID economy of low interest rates and QE, what advantages does DeFi offer?

Taking the US equity markets’ response as a proxy for global financial market sentiment, equities suffered a massive sell-off on 16 March with the Dow Jones Industrial Average dropping nearly 3,000 points – its worst day since 1987’s ‘Black Monday’. Circuit-breakers that were introduced following the catastrophic 22% fall on Black Monday came into play on March 9, 12 and 16 as the S&P 500’s opening fell 7% from the previous close.

While asset values have started to recover on news of successive government support packages, echoing the Quantitative Easing measures post 2008, markets have remained jumpy with volatility resulting from any bad news.

In many crypto products, price volatility echoed that of the established markets, indicating that cryptoassets are not yet regarded as a store of value and a safe haven in times of stress. But decentralized exchanges were able to process record levels of transactions with no downtime: Uniswap handled USD 42 million on 12 March, nearly six times its average daily volume.

Although the initial phases of disruption on March 12 and 13 saw trading fees (gas) spike as traders sought to buy stablecoins or to cash out of crypto altogether, this rise was short-lived, lasting just two days before normal levels resumed.

The increasing uptake of DeFi protocols meant activity reached record levels on March 13, with many users leveraging the interoperability DeFi offers to work across multiple protocols as they changed strategy from longer-term lending to access stablecoins through DEXs. Overall, although the scale compared to that of conventional markets was massive, participants are in broad agreement that the crypto markets functioned as they should have.

One case did receive attention as a possible glitch in the system, however – that of MKR’s Dai stablecoin. Linked to the value of the US dollar, Dai was subject to high demand as traders looked to borrow. Most had been engaged in lending their coins for the opportunity to gain interest and needed access to Dao to keep their loans afloat. This heightened demand led to a lack of liquidity, which in turn caused price updating to stall – creating an unequal distribution of Dai for borrowers. Concurrently, this crunch happened as gas fees spiked while the value of ETH fell. ETH was the collateral for many Dao loans but couldn’t be auctioned off to liquidate the loans. As many lenders couldn’t liquidate, the stalled process created an opportunity for some liquidators to front-run the ETH auctions with bogus bids – costing Maker $4.5m in ETH.

Commentators have interpreted the implications of this situation in differing ways. Some have pointed out that circuit-breakers, like those that halted the equity markets, would have prevented the shut-down and subsequent inequitable result of the loan liquidations – as well as creating a vulnerability that cost Maker several million.

Others have suggested solutions to the pricing mechanism which stalled at a critical time, creating a more robust price-discovery mechanism that will stand up to high volumes and rapid fluctuations.

One thing is clear – unlike the months of uncertainty during the GFC in 2008, where ownership and valuations of countless mortgage-linked products could not be established, transparency of on-chain transactions is superior. Although Dao experienced technical trouble, the reasons for this were evident immediately to all participants and action could be taken swiftly to rectify the issue.

Similarly, the ability for DeFi protocols to enable very efficient aggregation of on-chain liquidity sources with one smart contract gave participants choices when it came to switching strategies and securing the assets they wanted. The system worked as its developers and founders intended that it should in the wake of 2008.

Obviously, it’s early in the evolution of DeFi: we are still at the beginning and much still needs to happen to address the current limitations of these markets. DeFi systems are small and immature – and as we have stated, greater scale will help ameliorate some issues. But the current situation illustrates what is already known about DeFi: it is transparent, robust and flexible. It provides access and options where other markets may not. And we will continue to learn as the world of low interest rates and QE unravels in the post-COVID world.