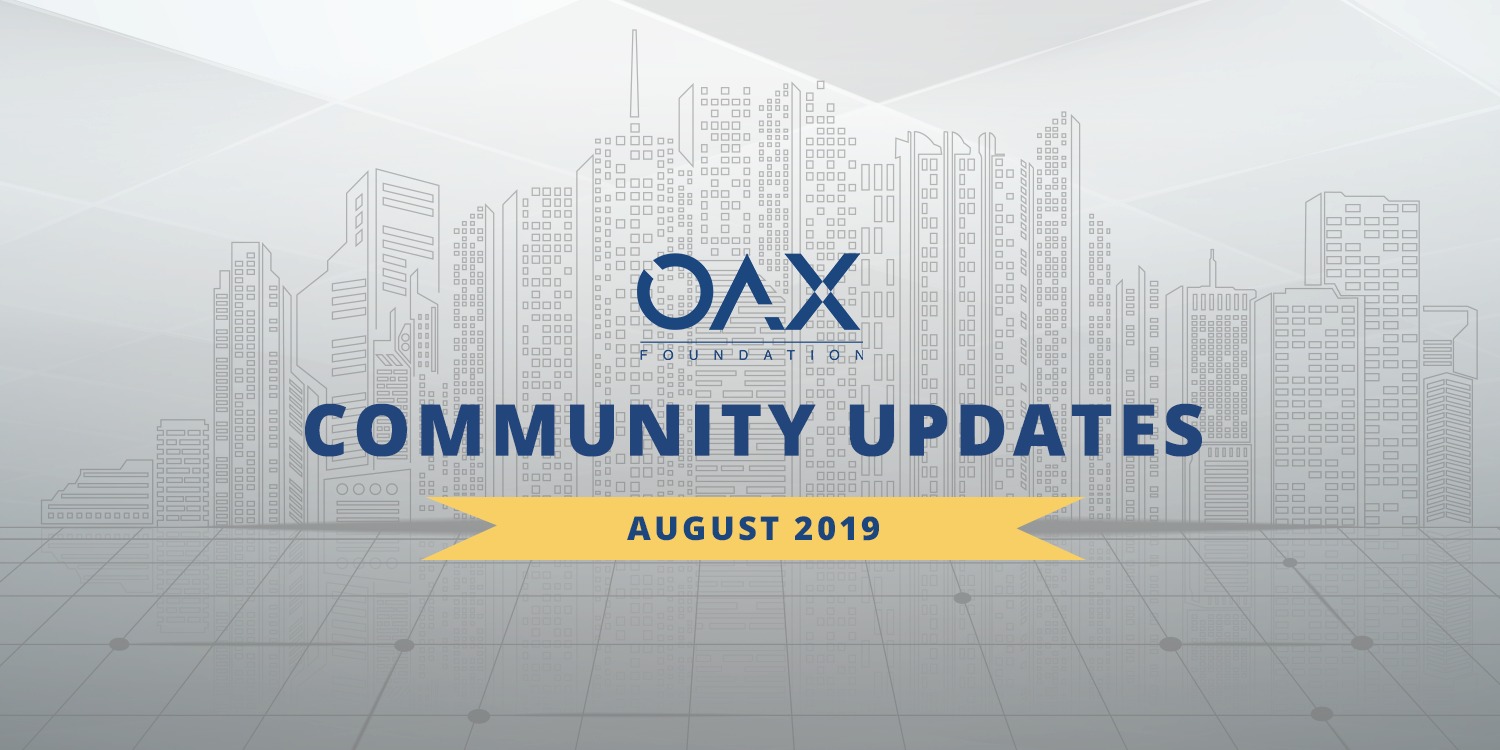 This month has been one of the most exciting yet on the OAX Foundation journey. On 12 August, we released the open-source code for our Layer 2 Exchange (L2X) protocol. Not only does this mark the completion of a major milestone, we believe it also represents another huge step forward for the industry. Our belief has always been that speed, scalability and trust are three critical areas holding back the mainstream adoption of digital assets. This new release addresses all three. Our protocol is:

· Trustless: users do not need to trust the exchange to execute trading instructions correctly
· Non-Custodial: users are the sole custodians of their accounts
· Non-Collateralized: the exchange operator does not need to lock in expensive collateral
· Performant: transaction speeds are in line with existing centralized exchanges
· Scalable: system capacity and throughput can be easily increased

In particular, as part of this release we created an on-chain dispute resolution mechanism, which allows buyers and sellers to settle disputes directly without a third party, such as a custodian.  Other new features added include co-operative order cancellation, operator support for encrypted wallets and code refactoring to simplify integration. For a look at the L2X protocol in action, we’ve put together this short video which walks you through the trading process. And for a closer look at the significance of the release, you can read this interview with Amanda Liu, our general manager, published today by Blockchain Asset Review . All-in-all, we think this a major breakthrough for the industry and a significant advance towards digital asset trading becoming a part of mainstream financial services. While we’ve been focused on the release, we’ve also continued to set our work within the wider industry context. At the beginning of the month we wrote an article about the increased confidence being placed in decentralized exchanges, as demonstrated by the tripling of trade volume in the first half of this year. We believe our L2X protocol, once fully implemented, will only help boost those volumes further. We also continued to provide updates on the evolving regulatory environment – another aspect that’s crucial to instilling trust in the industry. Paul Li, our general counsel, took a look at the latest policy statement from the UK’s Financial Conduct Authority, which provides detailed guidance for when digital assets fall within its regulatory remit. With the completion of our L2X protocol, demonstration of the growth in decentralized trading, and promotion of new regulatory standards, August has been a stand-out month for OAX Foundation. We’re fully focused on continuing to solve the major challenges the industry faces!