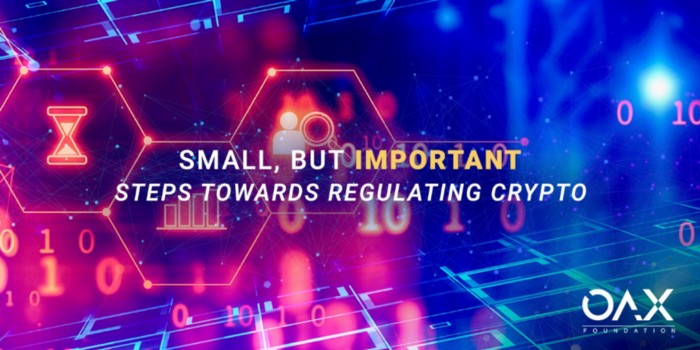 At the very end of last month, the UK’s Financial Conduct Authority issued a policy statement on cryptoassets containing its final guidance on what falls under its jurisdiction. This document is the result of a consultation exercise the FCA carried out earlier in the year, to which it received over 90 responses from individuals and entities across the digital asset community.

This guidance is significant as it provides some of the most fulsome guidance to date by a regulator on when it considers digital assets to fall within its regulatory remit. The guidance does not represent new law or regulation, and is instead merely a statement on how the regulator considers the new digital asset market sits within existing legal and regulatory frameworks. To that end, the FCA has taken a similar approach to that of the SFC in Hong Kong and merely implemented existing laws instead of trying to create a new system.

One of the great benefits of this guidance is that it provides greater clarity on where the regulator considers that digital assets may indeed fall within its regulatory remit. It provides a series of examples and case studies which illustrate when a digital asset may be considered to be a security token or e-money attracting regulation, and when it will likely be an exchange token or utility token unlikely to be the subject of any specific regulatory oversight.

For example, an exchange token which does not fall under the FCA’s remit is defined as a cryptoasset that:
· Is usually decentralized and mainly used as a means of exchange
· Has been designed to provide limited or no rights for token holders
· Usually lacks a single issuer against whom to enforce rights

On the other hand, security tokens — that do attract oversight — are defined as tokens that:
· provide rights and obligations similar to specified investments as set out by UK Government legislation
· have characteristics similar to or the same as traditional instruments like shares

In addition, the guidance makes it clear that regulatory oversight may also be impacted by the pre-existing regulatory status of particular entities operating in the digital asset space.

All of this will provide additional clarity and assistance for the industry in the future, and it’s an encouraging sign of engagement by the FCA.

In fact, the FCA has shown itself to be forward thinking in its approach to regulating digital assets — like many regulators around the world, including here in Hong Kong. In the press release that accompanies the policy statement, Christopher Woolard, the FCA’s executive director of Strategy and Competition, described the industry as a “complex and evolving market covering a broad range of activities.” That recognition of the variety and fast-changing nature of the industry demonstrates an understanding of its unique characteristics.

This is something that we at OAX Foundation have been keen to stress, and also forms the basis of much of the work we funded by Professor Johnstone from the University of Hong Kong. As you’ll remember, his thesis is that digital assets are unique and complex, and require new approaches unimpaired by regulations designed for a previous era.

What’s been announced by the FCA may seem like small steps on the way to a fully-functioning, appropriately-designed regulatory system — but, asofficial definitions formally laid out by a major regulator,they’re nonetheless important. We look forward to seeing more steps coming soon from other regulators around the world, and will continue playing a part in fostering the discussions that will help create them.