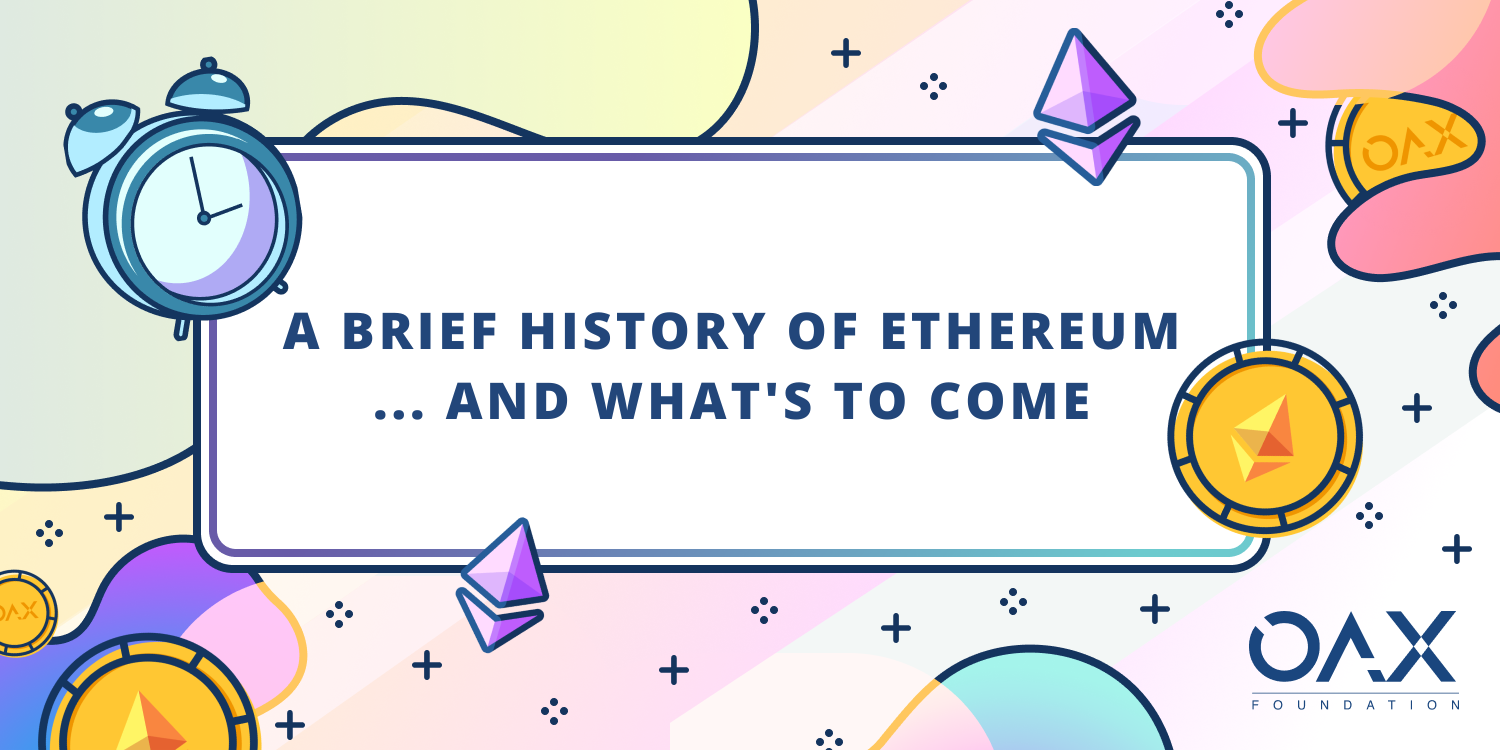 Looking Forward (and Backward) to the Merge

In honor of the long awaited Ethereum Merge (yes, with a capital ‘M’) that is expected to happen next month, we decided to do a quick recap of the journey of Ethereum and what we can expect to see from the upcoming ETH 2.0 (or just “Ethereum” as they want to be known as).

For many, this constantly evolving ecosystem can be viewed as temperamental and volatile; not only in terms of the token prices, but also the rate of big name players bursting into the scene and just as quickly fading into oblivion.

Ethereum was conceived in 2013, and while many individuals have played a part in developing the ecosystem, Vitalik Buterin perhaps has become the de facto figurehead. Having gone live on 30 July 2015, 72 million tokens were minted and still accounts for more than half of the current supply in the ecosystem.

Over the last two years, Ethereum has been the driving force behind DeFi and the rise of NFTs and GameFi. According to Gemini, 96% of all DeFi transactions occurred on the Ethereum network as of October 2020. As more opportunities to use the ecosystem drove the dynamic nature of digital assets, demand also drove the prices for ETH higher and higher, resulting in skyrocketing gas fees for relatively simple transactions, while overwhelming a system that had difficulties processing the number of transactions.

However, Ethereum poses as a perfect example of how technology doesn’t happen overnight. Between the necessary time that is required to develop new technology, to the gradual migration of the ecosystem that initially started as Proof-of-Work (PoW) to the anticipated Proof-of-Stake (PoS), the transition has already taken two years with delays.

With a growing ecosystem that was expanding exponentially, the importance of making the transition as a gradual shift cannot be undervalued. A quick rollout with massive changes to the system would have been catastrophic, especially for an industry that is open 24/7 and (normally) doesn’t have downtime. Beacon chain, launched December 2020, was designed to run parallel to the Ethereum chain. The Merge that is scheduled for later next month will mark the point of combining the two chain’s together, where PoS will take over.

The change in direction is expected not only to address some of the growing pains that would be to come, but also the ongoing environmental concerns that were created from mining. And now that we’re nearing the tentative launch date of September 15 (according to Github) that is earlier than the initially speculated September 19th launch date– what are the implications of the transition post Merge?

For the general audience holding a few ETH tokens, there’s very little that you need to do during the transition. There’s no swapping of tokens, and you’ll likely be interacting with the same platforms that you’ve been doing without realizing the technology in the background has made a seismic shift. The Merge might come and go, and you might be none the wiser.

As mining will no longer be done under PoS, and ETH issuance dropping to roughly 0.6 million (0.5-1%) per year, ETH will become deflationary. While burn schedules and exact burn amounts are unsure at this moment, it can be expected to be similar to the 2.7 million burned at present. Staking requirements will also lock up larger amounts of ETH in the system as validation changes the overall economics of the token.

While the Merge isn’t expected to make huge differences to gas fees or immediately cut transaction times, it is the first step to making the necessary changes. The changes from PoW to PoS have been roughly two years in the making and the many visions that have been laid out for the Ethereum network will likely require more time and development to be implemented before end users see the benefits.

And what happens to Ethereum after the landmark milestone Merge? According to Buterin, Ethereum will only be about 55% complete. The most immediate effects will be felt by the developers and stakers in the ecosystem at present, but we can expect the impact (and hopeful improvement) to be felt by the general community as the remaining 45% of the roadmap rolls out. Even if ETH prices skyrocket as a result of ETH becoming deflationary and locked up in staking; or it dips again after the hype of the Merge, the market is split as to where the future price will be. Yet regardless of whichever crystal ball you may be asking, we believe the long haul development of ETH will be instrumental in driving the future of digital assets.

Where do YOU think Ethereum will head after the Merge? You’re absolutely welcome to join in on various crypto-centric discussions on our global Telegram Group and share your thoughts with our community!