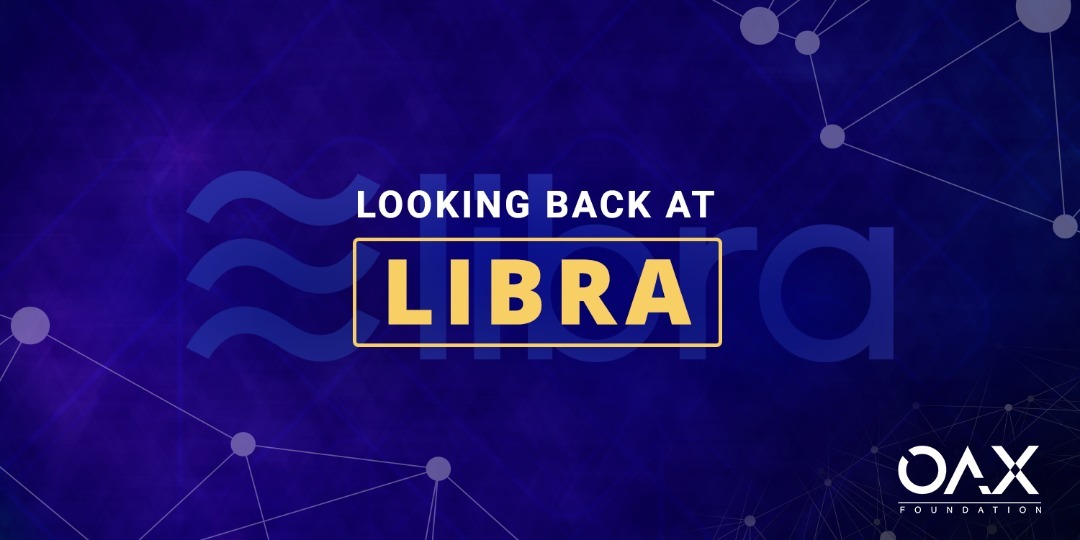 OAX: February – looking back: where are they now?

We often discuss major industry news, but in our attempt to constantly push forward, we don’t often look back to see the status. In June last year, we discussed Facebook’s intention to develop its own digital currency, Libra, with some scepticism. Based on the information available at announcement, we felt that while the enthusiastic response to the Libra announcement signalled a welcome rise in institutional focus on cryptocurrencies, there were too many unknowns and flaws in the plan to give it our wholehearted endorsement.

In particular, we felt that the dominance of large US-based traditional payments players in the permissioned consensus process meant Libra was not truly decentralized; that its ability to be shut down meant it was not autonomous; and that Facebook’s notorious inability to secure users’ private data, not to mention exercising censorship on its platform, made the proposed network less than secure.

We also doubted the consortium’s claims that the new currency would be an agent of financial inclusion. And finally, we noted that Libra’s value, being pegged to a basket of fiat currencies, would be open to manipulation by its administrators, unlike stablecoins which are pegged to single currencies and track the fluctuations in their value.

Our response wasn’t the only sceptical one: in the wake of the announcement, several governments, central banks, and national regulators sat up and took notice in ways they hadn’t with, say, Bitcoin or Ethereum.

In the US, the House Committee on Financial Services requested that Libra cease development in light of crypto markets’ volatility and a lack of regulatory guidelines. It also pointed to issues to do with privacy and national security. Fed Chair Jerome Powell said that the new currency would pose threats to privacy, national security, and financial stability. Subsequently, the Commodity Futures Trading Commission (CFTC) launched the Digital Dollar Foundation to research the possibilities opened up by the Libra announcement.

In the EU, the French Finance Minister Bruno Le Maire said Libra would need oversight to protect consumers, and that it would not be permitted to attain reserve status. He also expressed alarm over privacy, money-laundering and terrorist financing – sentiments echoed by German MEP Markus Ferber. Mark Carney, Governor of the Bank of England, stated that regulation of such an extensive payments platform would need to be stringent.

Switzerland, where Libra planned to base its privacy infrastructure, noted that they hadn’t heard from Facebook; Japan announced an investigation into Libra’s potential to disrupt its monetary policy.

Since these initial responses, governments have doubled down on their concerns about regulation, several announcing projects to create their own versions of cryptocurrencies, now known as Central Bank Digital Currencies, or CBDCs. On 4 February, US Federal Reserve Governor Lael Brainard confirmed that the Fed had been galvanised by the Libra announcement and was investigating a raft of crypto-related issues, from policy to privacy – and the possibility of launching its own CBDC, dubbed Fedcoin. Brainard reiterated concerns about a global currency functioning outside the financial system’s “regulatory guardrails”, with implications for money-laundering and financing crime. By creating a US CBDC, at least part of the intention would be to assert control and oversight through regulation and enforcement.

Yet in parallel, China – a country where Facebook can’t go –last week revealed to have been industriously filing patents related to an intention to digitise the Renminbi. These show a comprehensive approach, covering a CBDC, a digital interbank settlement system, and a proposal for consumer digital wallets. The Chinese authorities seem determined to fill the Facebook vacuum with their own, state-controlled digital currency: the plans show “no mechanisms to prevent the Chinese central bank from having full oversight of users’ transactions.”

Besides government responses to the news, since June, a number of the original Libra participants have left the consortium, including eBay, Mastercard, Mercado Pago, PayPal, Stripe and Visa. Some cited political pressure – Mastercard, Stripe, and Visa all received letters from members of the Senate Banking Committee expressing concerns about the regulatory implications of Libra – while others felt that financial inclusion could be better achieved in other ways. This was the reason also given by Vodafone, which dropped out in January, citing its successful African mobile payments network Mpesa as a more effective way of serving the unbanked.

What’s next for Libra? While we wouldn’t write it off quite yet, our reservations about its lack of decentralization and its privacy challenges have been echoed by governments and regulators around the world. Financial inclusion seems a less likely outcome than when the idea was announced. And governments have been compelled to step into the digital currency arena, perhaps adopting the principle that if they can’t beat the crypto movement, they may as well join it – and gain a measure of control by doing so. Even if Libra never takes off, it has served to put cryptoassets directly on the radar screens of central banks and regulators, and in itself, this represents a milestone of sorts on the roadmap to universally adopted decentralized currencies.