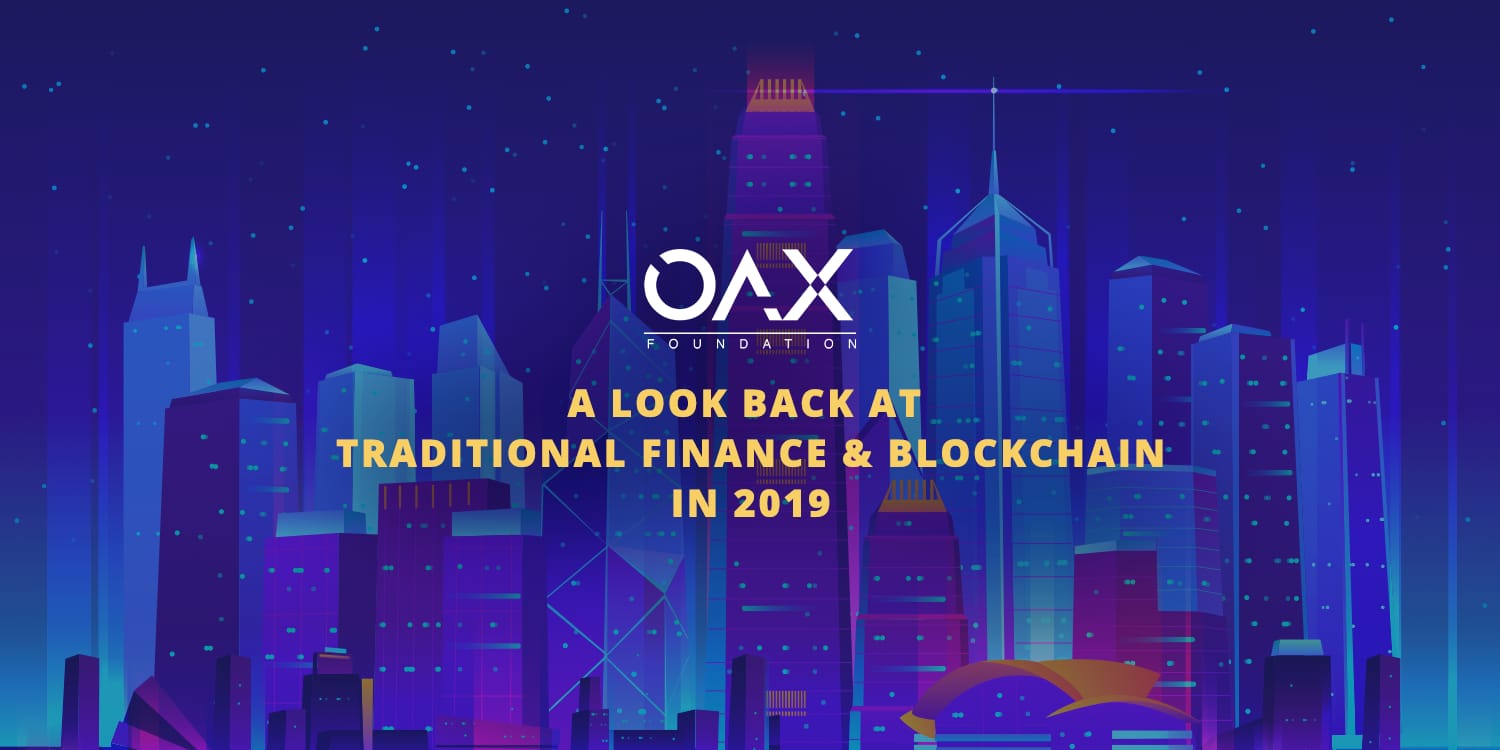 2019 was a year where the global economy was dominated by trade policy shocks, from tariff wars to uncertain Brexit conditions and general unrest in certain regions. While we’ve often looked at the digital asset space within its own confines, as part of our year-end review, we decided to explore its correlation with world market events.

Equity markets began the year with a slight rise after their December slump, with the Dow Jones, S&P 500 and Nasdaq rising 7.2%, 7.9% and 9.7% respectively. With the same news insights, digital assets were a bit slower to respond.

Major change was underway once June rolled around, first with Facebook’s announcement of the proposed digital currency, Libra, complete with a list of high-profile service partners. Meanwhile, signs of a trade war resolution at the G20 summit in Osaka restored market confidence. Equity indexes hit records on anticipated rate cuts by central banks with the Dow Jones seeing its largest gain since 1938 and the S&P 500 had its best June performance since 1955. The cryptocurrency sector responded in kind, with Ethereum’s price reaching its 2019 peak the same month.

The G-20 summit marked an important point in the digital asset market, with global leaders recognizing the significant benefit that cryptocurrencies and blockchains could play. Reaffirmation for the Financial Action Task Force (FATF) to manage standards for cryptocurrencies echoed in headlines for weeks. This also raised key concerns within the industry on the majority of exchanges that were ill equipped to handle the guidance set out by FATF; underscored by a CipherTrace Cryptocurrency Intelligence report that $4.4B was lost in cryptocurrency thefts and scams in 2019, versus roughly $1.7B in 2018 and $169M in 2017.

As the year progressed, prices and volumes slackened through September as global market volatility persisted due to ongoing trade tensions. Major central banks – China, the US and the ECB – eased monetary policy and share markets rebounded after their August losses. The Dow Jones rose 1.9%, the S&P 500 1.7% and the Nasdaq 0.5%. Ethereum followed suit, coming off August’s lows to record an average daily volume of 7.5 million.

October and November were characterised by growing optimism as President Trump announced a ‘Phase 1’ trade deal with China including the cancellation of some tariffs. Shares hit all-time record highs and the US dollar strengthened as investors became increasingly optimistic and traders returned with volumes volatile but registering upward trends for cryptocurrencies. China’s expressed support for blockchain and its technology gave digital assets an immediate boost and drove interest from traditional markets.

While opinions differ over whether cryptocurrencies are an asset class of their own, 2019 has shown Bitcoin responding to the same economic stimuli as the equity markets, with buying and selling volumes driven by sentiment linked to the global economy. In a year of volatility, the cryptocurrency was not immune, displaying a high level of correlation with the fluctuations of the US economy. As the digital asset market continues to mature, and finds its place in the global financial market arena, our expectations of year-end reviews will not just highlight upcoming trends and technology updates, but how the market fared as it correlates to world news.