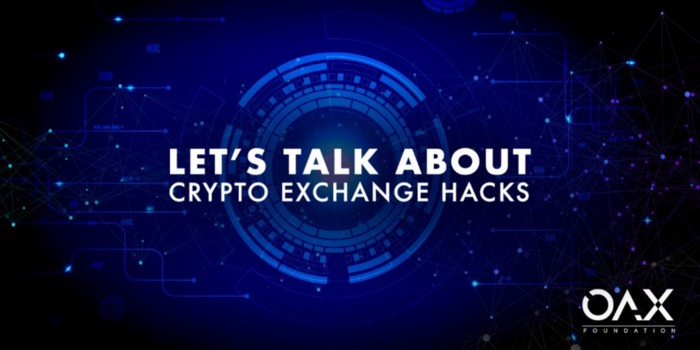 Another week, another cryptocurrency exchange hack. This time, Singapore-based Bitrue lost around USD 4.2 million worth of assets in a hack that took place last week (see here for Coindesk’s report about it).

The exchange promptly took to Twitter to explain the situation and reassure users that all funds would be returned, and its quick action is to be commended. But the story is depressingly familiar — a vulnerability was found and exploited, leaving Bitrue’s hot wallet exposed. The exchange had to suspend operations to inspect its systems and plug the gaps, meaning loss of service for clients. And the affected currencies traded down in the aftermath, suggesting a knock-on effect for participants in the wider market.

While it’s admittedly hard to link the after effects of a hack directly to a drop in certain crypto prices, the loss of service certainly illustrates a wider point — namely that the smooth functioning of the digital asset industry remains under constant threat from exchange hacking.

This is a situation that simply wouldn’t be tolerated on any stock exchange around the world, where resilience is mission critical. The same goes for financial services technology firms more broadly. When market data provider Bloomberg suffered a global outage in 2015, financial markets effectively ground to a halt. The firm quickly had things up and running again, but this was such an unprecedented event that it made headlines around the world.

But in the digital asset industry, the risk of hacking and all the inconvenience that comes with it is still an ever present threat, and as a result is a major blocker to the industry moving to the mainstream. Regular readers of our articles (and indeed anyone familiar with the industry) will know that the major reason for this is the unsuitability of the centralized exchange model to trading digital assets.

Of course, there are benefits to centralization — not least the transaction speeds and governance controls. But at OAX Foundation we believe these are totally overshadowed by the threat of hacking. This threat can only be properly mitigated by a trustless exchange system, and one with leading governance and controls integrated. And that’s exactly what we’re on the cusp of presenting to the community with our Layer 2 crypto exchange protocol.

We’ve paved the way for this by publishing a paper setting out the protocol specifications, and will soon be releasing the source code to the public. We hope that this will bring the industry a whole lot closer to moving away from centralization and all the issues that brings, to decentralization and the rightful place that digital assets have in the mainstream.