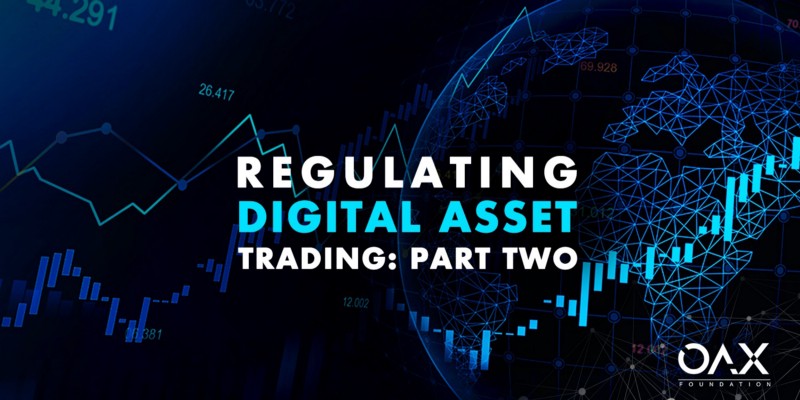 In the second of our two part series describing Professor Johnstone’s recent research paper, we take a look at how he proposes the secondary market be regulated.

Last time we described how Professor Johnstone argues in his paper that the regulation of cryptoexchanges should be model-neutral and form-independent. Regulation, he says, should not be prematurely imposed in a manner that may inhibit the ability of private market regulation to develop effective outcomes that align with public policy concerns.

In his paper, Professor Johnstone notes that the efforts of some jurisdictions to actively regulate crypto exchanges have not been successful in leading to more granular regulation that achieves the twin aims of industry development and consumer protection.

One novel approach discussed in the paper is that taken by Hong Kong’s Securities and Futures Commission (SFC). In November 2018, the SFC announced that crypto exchanges can apply to enter a regulatory sandbox. The sandbox approach amounts to an industry-regulator information sharing exercise that recognizes the difficulties encountered when applying regulations developed in a pre blockchain-era to digital asset trading.

This is a form of the public-private partnership which Professor Johnstone considers essential for the development of effective secondary market regulation. Without it, he warns that development of an efficient market infrastructure — needed for the industry to mature — could be delayed as developers and investors engage in regulatory arbitrage, moving between jurisdictions as best suits their private business model.

While the Hong Kong SFC sandbox is a leading example of how a public-private partnership model might work, he argues that this form of partnership can go much further. The potential exists for a more fundamental interaction between the secondary market and the asset design process. For example, functionalities could be embedded within a digital asset that interact directly with the regulatory requirements applying to the exchange or intermediary.

Professor Johnstone gives the analogy of a self-driving car: just as that vehicle is programmed to stop if an object gets in its way, so a digital asset could be programmed to halt a trade if a breach of a regulatory requirement is found.

Now this may seem complex — and where is the incentive? However, the technology that can facilitate this has already been proposed for certain regulatory reporting requirements in the traditional marketplace. And –more significantly for the industry to consider — the regulatory validation that may be accorded a digital asset conforming to regulatory concerns could amount to a competitive advantage.

While Professor Johnstone notes this may be some way off, we at OAX Foundation know very well how fast this industry moves. Given the centrality of regulatory concerns to the future development of the digital asset industry, we feel sure that we will be hearing about such developments before too long. And we hope that sponsoring Professor Johnstone’s research will help bring those developments to the benefit of all of us in the community.

You can download a copy of the full research paper, “Requisites for Development of a Regulated Secondary Market in Digital Assets,” here. Professor Johnstone’s other papers are available here. (N.B. you do not need an SSRN account to download the paper — scroll to the bottom of the SSRN page to download for free.)