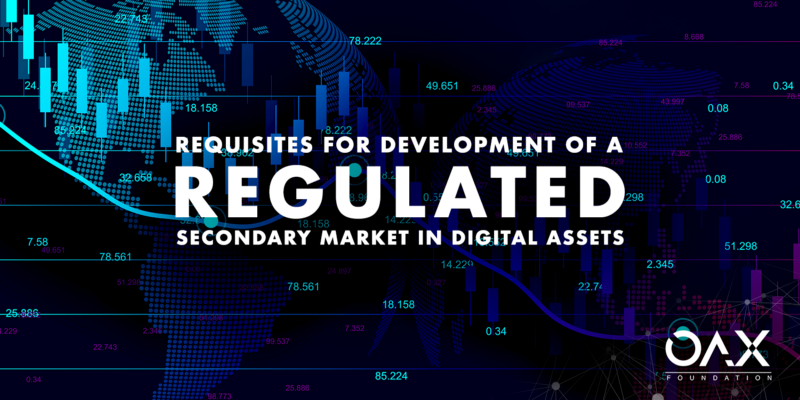 In the first of a two part series, we take a more detailed look at the research we’ve funded into how digital assets should be regulated.

Last week, we announced that Professor Syren Johnstone from the University of Hong Kong had published a paper examining the challenges faced by regulators as they create a framework for overseeing cryptocurrency exchanges. This is part of research we’ve been funding to help suggest the best future direction for regulation of the digital asset industry.

It’s an important piece of work and one fully in line with our mission to help bring digital asset trading into the mainstream. As everyone knows, regulation is one of the most pressing issues facing our industry. Professor Johnstone’s paper adds to the debate and advances discussion significantly. If you want to read the paper in full, you can do so here. In this and a follow up article, however, we want to give you a flavour of some of Professor Johnstone’s conclusions.

This latest paper is a follow up to one published towards the end of last year. Both papers discuss the regulatory issues surrounding digital assets, with the first discussing the primary market where capital is raised, and the recent paper discussing the secondary market and cryptoexchanges. Professor Johonstone argues that regulators have had mixed results in part due to applying regulatory standards developed in a pre-blockchain era, and that bringing a clearer focus to the underlying technology — as opposed to the application of existing regulatory silos — would better facilitate sustainable regulatory development.

The secondary market is evolving fast, with all the tools and services required to facilitate the various aspects of trading being developed. Our own exchange platform is an example of this, as are the partnerships we’ve made with, for example, firms that offer trade surveillance tools and Anti-Money Laundering controls.

While Professor Johnstone discusses the risk of leaving cryptoexchanges in a zero-oversight regime, he also argues that the regulation of cryptoexchanges should be model-neutral and form-independent. He is concerned that regulation should not be prematurely imposed in a manner that may inhibit the ability of private market regulation to develop effective outcomes that align with public policy concerns. Regulatory development must also contemplate the involvement of intermediaries providing services specific to digital assets as well as intermediaries already involved in traditional markets.

So the secondary market also requires attention from regulators. A different set of considerations must apply here, however, since unlike the primary market which is all about a one-off trade, trading activity is ongoing. Add to this the special characteristics of digital assets, and it all means that a better understanding of how the secondary market can be regulated is needed.

Next week we’ll look at some of the ways Professor Johnstone proposes that this can be done.