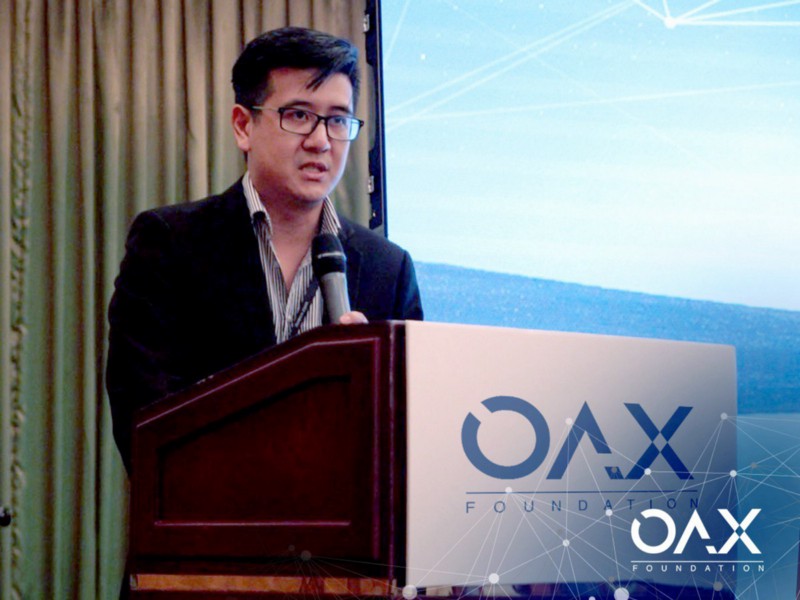 Yesterday I gave a presentation at the Finwise Summit in Hong Kong. Billed as one of China’s most influential blockchain events, it aims to strengthen collaboration between different parts of the industry and so promote its long-term development. Last year nearly 10,000 people attended when it was held in Shanghai and Macau, with many more participating online. It’s not only an important event for us to be seen at, but it also really puts us in touch with crypto market industry influencers.

The morning session alone featured speeches by representatives from the world of politics (a member of Hong Kong’s Legislative Council), financial services (a senior representative from Zurich Insurance) and professional services (partner and head of CIO Advisory at KPMG). My presentation built on the speech I gave to the Law Society of Hong Kong back in June, and focused on the regulatory challenges involved in the different and developing models of cryptocurrency trading.

As you might recall, I used that opportunity to explain how I thought all participants — including regulators, lawyers and the traders themselves — need to rethink their approach not only to digital assets, but to the very nature of the transactions themselves. Today, I was able to expand on that argument and explain in some detail the features of digital assets and the market itself which make them different from any other asset class that’s previously been regulated. This is an important point because it means there is no precedent or existing model to guide the regulatory approach.

I was also able to describe the inherent contradiction that a decentralized asset typically trades on a centralized rather than a decentralized exchange. This is unsurprising, given that with the centralized model, the individuals who are trading give up control of their assets to the exchange, who hold the assets on their behalf. But digital assets are meant to be about disintermediation — each user taking control of their own assets personally without the need for or reliance on any third party.

In my speech I described a number of potential scenarios — banning p2p trading (or ‘wallet to wallet’) outright, taking a light touch approach that removes any oversight, and regulation of every end user involved. Each of these has its shortcomings and a more nuanced option would seem to be the best way to go. However regulation pans out, the speed at which the industry is evolving means that within a year it’s likely that any regulatory response based on the market as it currently is will already be out of date.

Events like Finwise are important. They allow us to engage with the community and provide education to the broader public. I know for a fact that regulators the world over are acutely aware of the challenges they face and are actively working to find ways to balance the need for effective regulation with the need to encourage an industry that can bring many benefits. Our role at the OAX Foundation is to help them — and the wider community — do just that and create a safe, transparent and truly decentralized cryptocurrency ecosystem.