Last week we were invited to take part in an internal roadshow organised by HSBC’s digital team for their Global Markets team in Hong Kong. A group of us — including general manager Amanda, head of marketing Kelvin and lead developer Lio — headed to the bank’s HQ to present the OAX platform 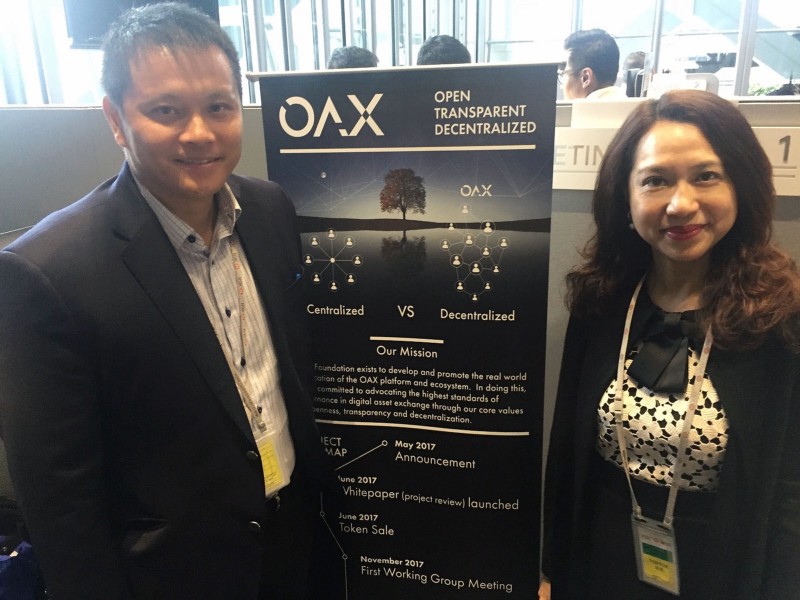 It was a fantastic event with over 100 staff of the bank present. We got to show a demo of the platform to lots of them. We had lots of questions — some very technical and some more basic. As we had Lio from the development team with us, we were able to go into some detail about the technology behind the platform and the progress we’ve made. You can read the latest on that progress in last week’s development update.

This was also the first time we’ve been able to show off the new user interface, and feedback was really positive. Having this in place really brings the project alive for people and demonstrates the great progress we’ve made over the course of this year. Yesterday’s event was a great practice run for Consensus 2018, and as we’ve said before we’re taking every opportunity to get out there and tell the OAX story to as many different people as possible. Last week Kelvin was presenting to a group of people wanting to learn all about blockchain. Momentum is really building behind both our development and marketing activities as we get closer to Consensus, and we’re confident we’ll really make an impression at New York in May!